Legends Among Us – Part 1:  Paul Le Blanc (by Lee Maginnis):

It can be worthwhile to take time to consider the amazing characters who are part of our local running scene. Athletes who are still involved in the sport they love, long after the majority of their peers have retired.  These individuals can be mines of information and experience.  And a closer look beneath the surface can unearth a surprise or two.

Newry AC are privileged to have a lean, mean, racing machine, competing for them in the M55-60 category.  He can be regularly seen at training and races providing verbal motivation, and backing this up with some very spritely performances.  He is an all-rounder; Northern Ireland age gold medals on the track, a NI International in Cross Country and he has also competed in gruelling adventure and mountain races.  Add to this, he is a keen cyclist and competes in cyclocross.

At training, while others pant and moan between reps, he seems determined to cut the recovery as short as possible, indeed it would seem that his intention is to do away with it altogether!  And as he barks out instructions in his best Sergeant Major manner, or shouts encouragement, it rapidly becomes clear that he has blown in from across the pond!

Hailing from Minot in North Dakota, the first part of Paul Le Blanc’s career took place long before there was a Mrs. Leblanc.  Now he has settled in the Newry area, after deciding that Northern Irish girls trump North Dakota ones.  He and his wife have provided Newry AC with one of their youngest members (an enthusiastic son) and hopefully very soon to be followed by his little sister.  Then it only remains for Paul to persuade their mother to don the blue and white vest as well!

Paul loves the heat and he loves the cold.  On a Northern Irish August evening, he has been heard to remark that, “It’s not bad weather…for february!”  And he likes to sprint as well as to endure.  What is it with the guys of his vintage?  Just like other legends eg John Glover, Francis Marsh et al, Paul seems able to compete over any distance he chooses, to a very high standard!

Back in the annals of history, possibly when Lincoln was president, Paul competed for NDSU in the collegiate system.  He was the NCAA DII Cross County All American champion.  Shrouded in mystery, at some point he also managed to sneak across the Atlantic and become Irish NACA National 3,000mSC champion, and finish second in Cross Country.  At some point, backed up by archive newspaper evidence, he also beat a famous Kenyan in a race.  When you see his PBs, it is not hard to believe!

His favourite training was on forest trails and he remembers his favourite session to be 6x1mile (no doubt with very little recovery).

Little wonder Paul Le Blanc is the main pace setter at Newry AC sessions and can still show a clean pair of heels to many athletes half his age. 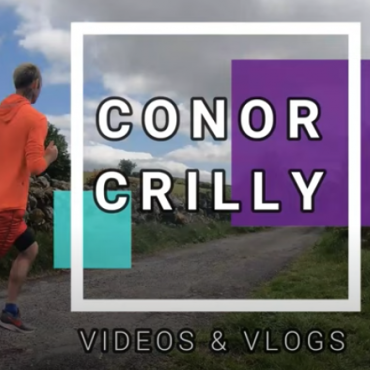