Six runners have been selected from the teams that brought back men’s and women’s bronze medals from this year’s championship in Dundee including Willowfield’s Tim Brownlie who ran a PB of 7 hrs 44 mins in Scotland and his sister Susan McCartney who has  a PB of 8 hrs 35 mins at this distance.

North Down’s Sean Nickell and Ballydrain’s Richard Coey  return on the men’s ‘A’ team but the line-up also includes new faces in Willowfield’s Aaron Woodman who ran an eye-catching 2hrs 24 mins in the Chicago marathon recently, and Scotland based Dave Andrews who, in the Open race at the World 24-Hr Champs in France in October, recorded 235kms(146 miles) – a distance which surpassed any of the Irish team in Albi.

Seapark’s Gillian Connolly was also in Albi acting as a guide for  blind runner Sinead Kane who, on the eve of the world championship, won an anti-discriminatory case against the world governing body to allow her to compete.

Gillian, who ran a PB of 9hrs 9mins in Dundee, is joined on the ‘A’ team by former national 24-hr champion Louise Smart and by two ultra runners winning first NI and Ulster vests: Springwell’s Karla Borland who clocked 8hrs 21 mins for the Comrades marathon in South Africa this year( 88kms/55 miles) and Ballydrain’s Catherine Miskelly who has a 50K PB of 4hrs 57mins from the Irish Champs in Donadea, Co Kildare.

Team Manager Ed Smith says: “ We were surprised and delighted by the size and quality of the applications which has allowed us to select ‘A’ and ‘B’ teams for both the men’s and the women’s  races.

“ And, this will be a great opportunity for the teams to test themselves in international competition against some of the best ultra runners in the home countries over 100Kms.”

For further information contact Ed Smith on 07740818389 or ed_n_smith@hotmail.com. OR NIURA Secretary Cara Jeffrey at caraljeffrey@outlook.com 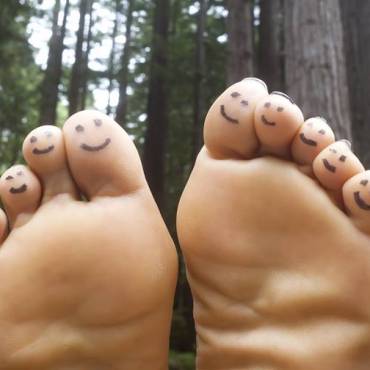 The Art (and Science) of Managing Running Blisters