Gold for McCann at the National Indoor Championships

Winning a national title always produces a tremendous feeling of elation, but at the Irish Life Health U23 & Junior indoor championships in Athlone on Saturday 25th, that feeling was made even greater for Rachel McCann when she produced an indoor PB in a tight, hard fought battle to take victory in the Junior Girls 400m. It was Rachel’s first outing of the season and, having found herself in the toughest qualifying heat, had to work harder than she would have liked to secure the win and ensure a favourable lane for the final. She started strongly in the final but in the outside lane was unable to see her opponents until entering the home straight at the end of the first lap, at which point she made a concerted effort to drive to the front and take the lead going into the second lap. Rachel held the lead down the back straight but came under pressure around the final bend, however, despite receiving a slight nudge coming into the home straight, she maintained her composure and showed real grit and determination to hang on and take the win in a superb time of 55.59sec (which is just 0.05sec outside her lifetime best and puts her at the top of the UK U20 rankings). 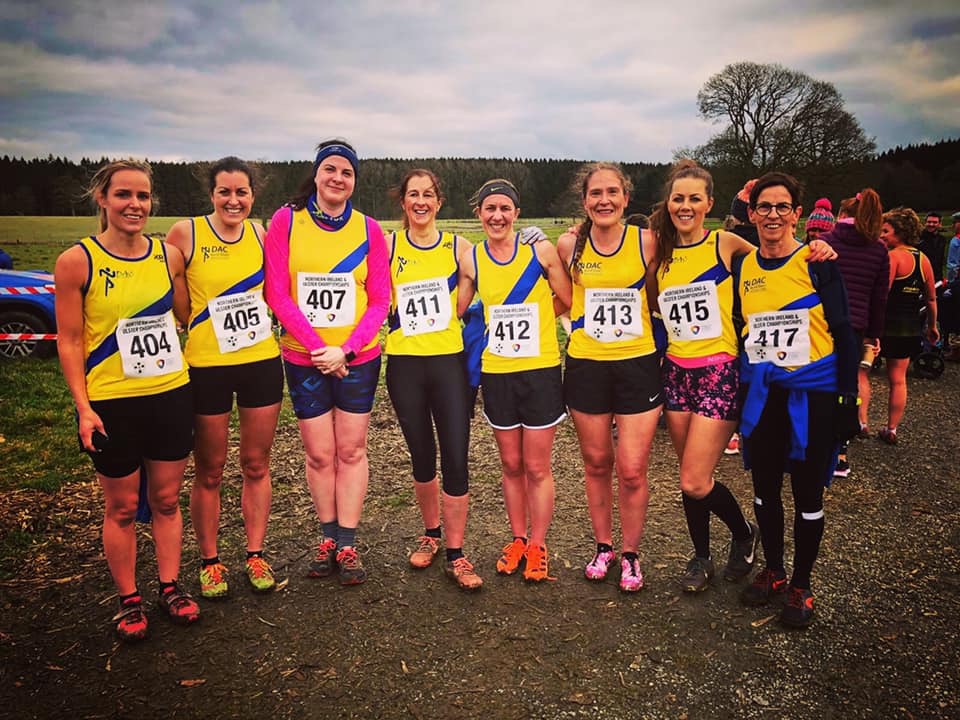 The scenic surrounds of Gosford Forest Park, County Armagh, provided a wealth of options for the intermediate and masters cross country on Saturday, with almost 250 hectares of diverse woodland and open parkland available, in which to plot a course. North Down AC was represented by a full squad of eight ladies in the masters section, over three laps of a testing one mile loop, with many fine performances suggesting that the ladies are in good form prior to the upcoming conclusion of the cross country league. 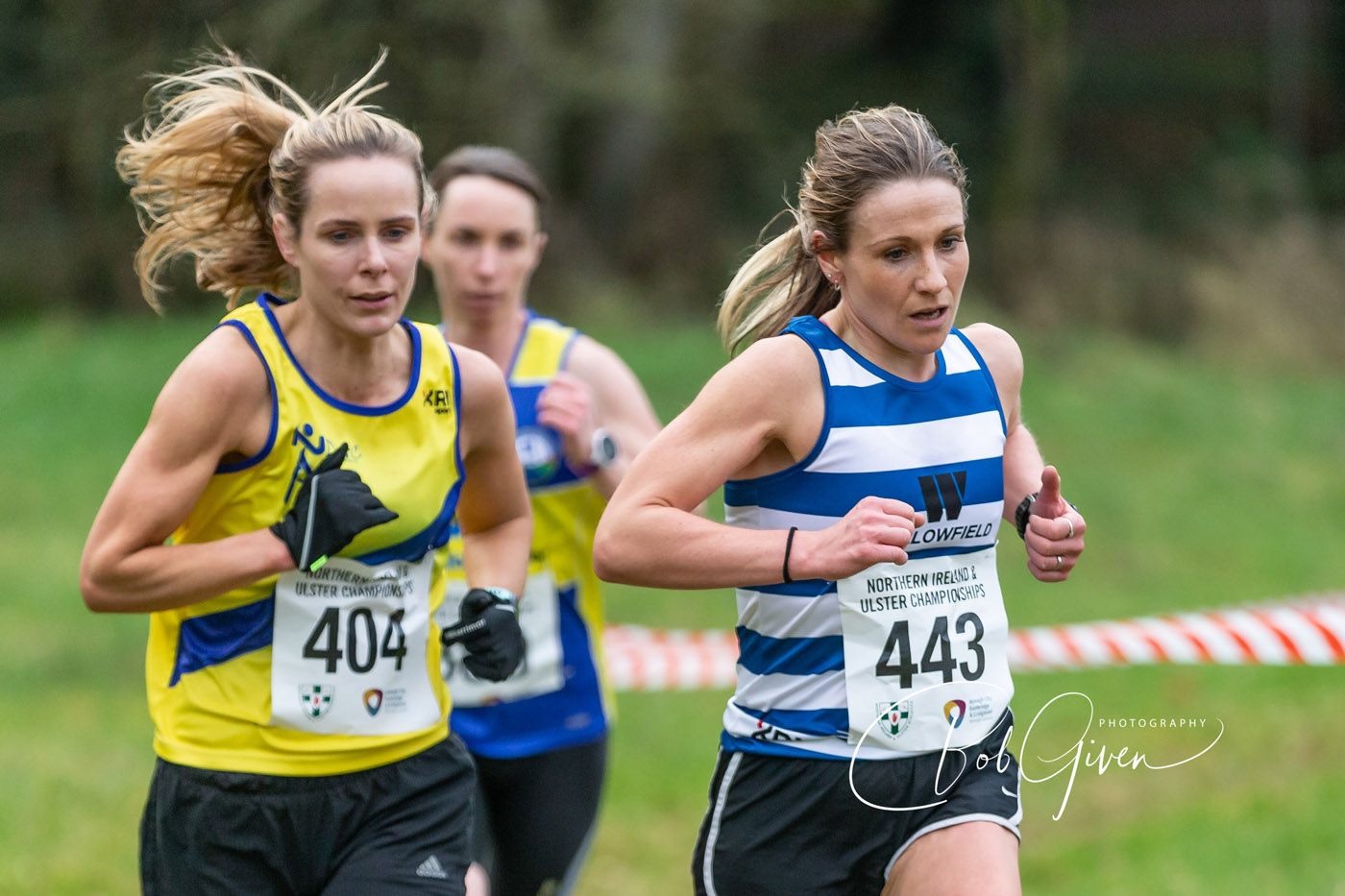 Clair Quigley was first club member home, 20:13 placing her 24th on the day, with Helen Byers (20:58) and Lindsay Doulton (21:18) packing well in 31st and 32nd respectively. Claire Scott (46th) led home another North Down group, including Zara Fulton (49th) and Julie Wilson (51st), while June McMinn (71st) and Gemma Caughers (76th) continued to clock up the miles in support of their respective ironman and marathon ambitions. In the same race the evergreen Terry Eakin posted 20:18, to win both his own M70 category, and also the M65 title, taking home yet another trophy to add to the collection. 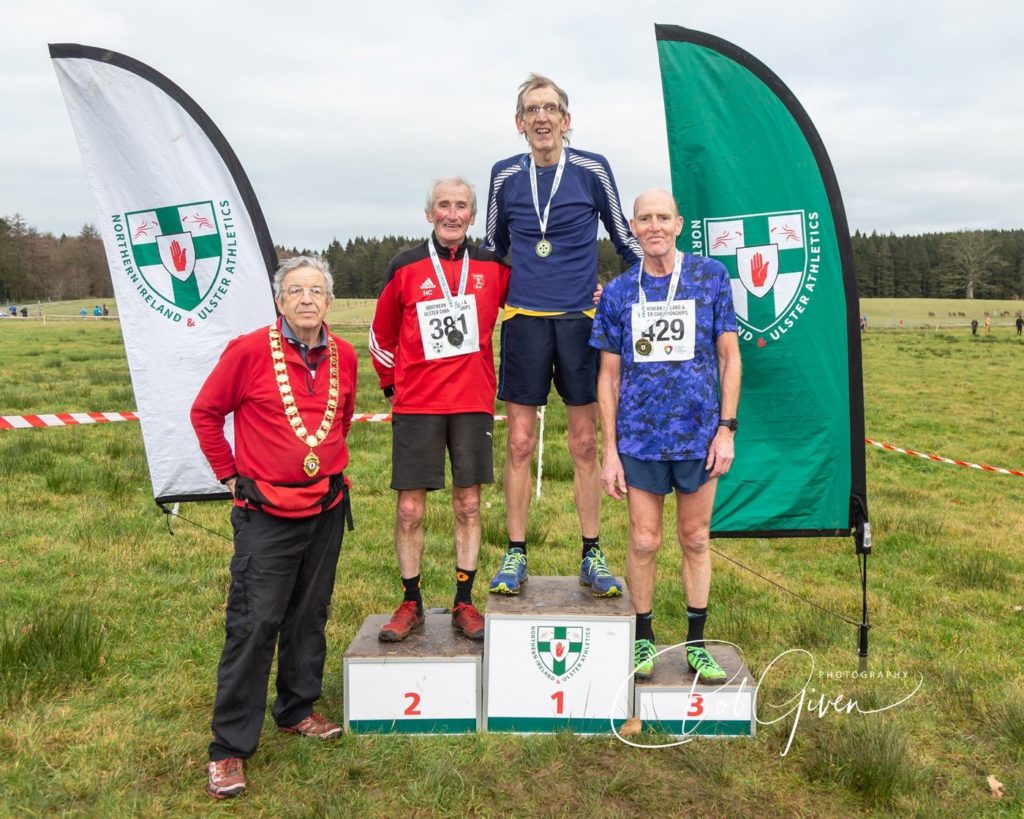 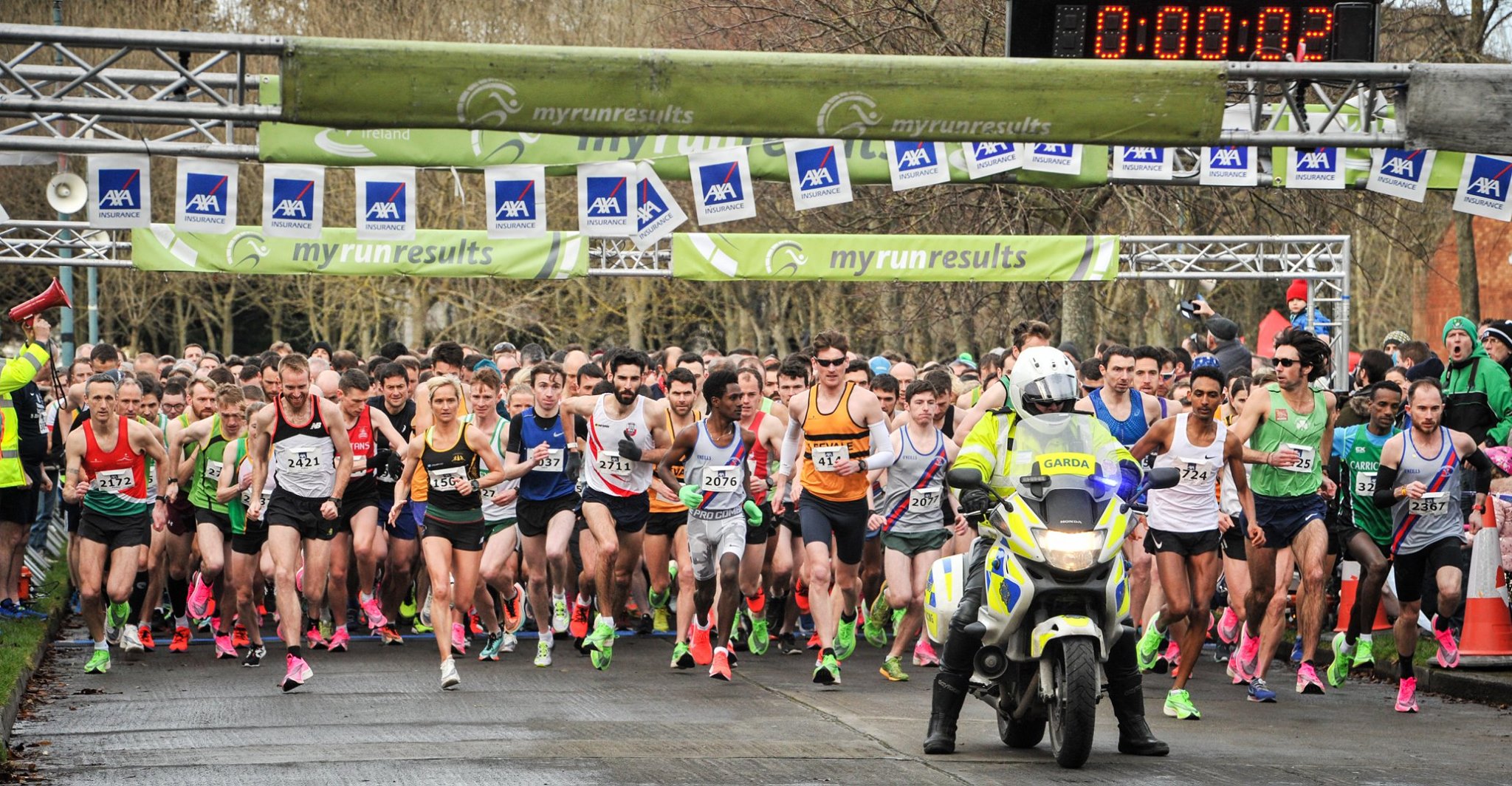 Set in and around St Anne’s Park, in the leafy Dublin suburb of Clontarf, the Raheny Shamrocks AC attracted a high calibre field to the 36th edition of their annual 5 miler on Sunday, with the promise of a flat and fast course of PB potential. In conditions that were reported to be chilly but pleasant for racing, North Down was represented by Rachel Gibson, who missed out on a PB for once, but still crossed in an impressive 28:42, 11th lady and 167th overall, from an enormous field of over 4000 athletes. 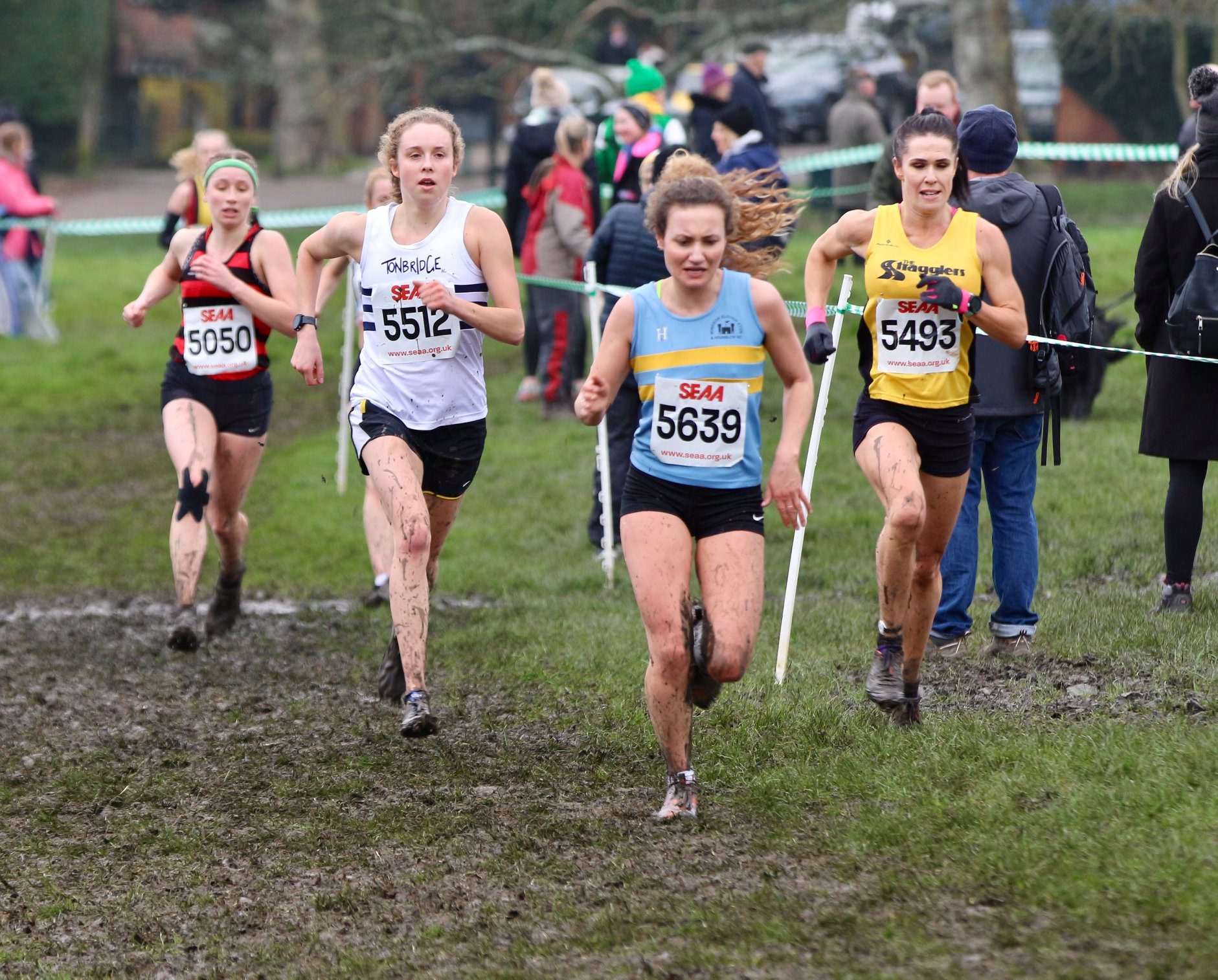 Competing in the colours of Herne Hill Harriers, Katie Moore was in London on Saturday to take on 8k of mud and undulating terrain on the notoriously difficult Parliament Hill course. Confirming it’s status as one of the most popular fixtures on the calendar, almost 700 ladies lined out at Hamstead Heath in the north of the city, with the North Down lady more than holding her own amongst the quality field, and finishing with a highly creditable 29th position, in 32:02. 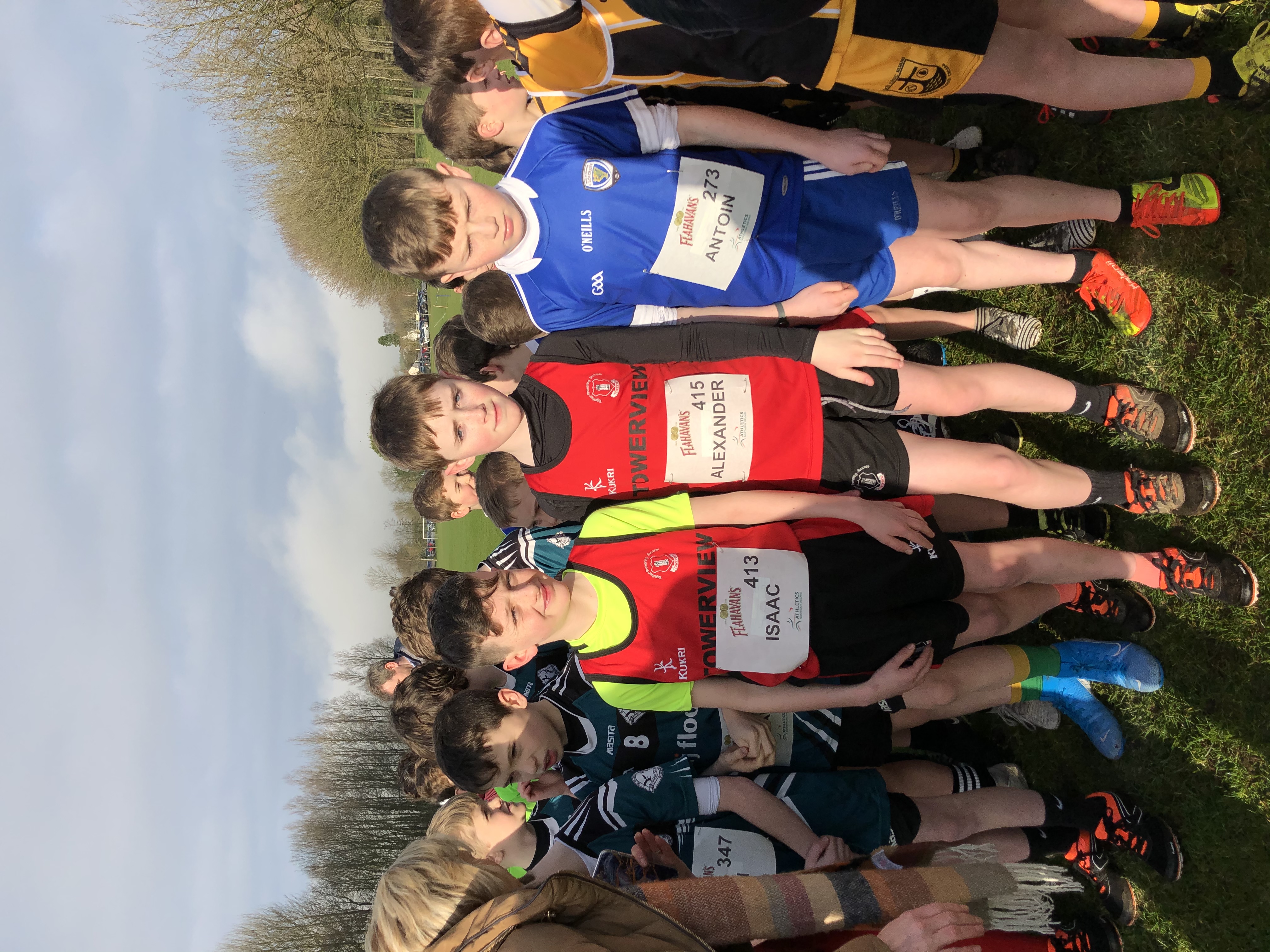 Congratulations were in order for all the North Down kids who ran so brilliantly at the Flahavan’s cross country finals at Mallusk on Wednesday morning, and especially to Aodhan Keag (4th), Isaac Dunne (6th), Alex Downey (8th) and Erin Playfair (20th) whose efforts were rewarded with selection for the NI Athletics Junior Cross Country squad.