North Down Juniors Master the Mud of Mallusk

HomeClub NewsNorth Down Juniors Master the Mud of Mallusk

In fairly pleasant overhead conditions the rescheduled Ulster Schools cross country gathered the cream of local talent to the Mallusk playing fields on Wednesday, with the recent rain making for heavy going on many parts of the course. The ladies had first use of a surface that cut up as the day went along, Rebekah Laffin (9th) and Lauren Cheatley (10th) making light of the conditions in the minis race, with Ella Riddell (23rd), Zoe Kirk (47th) and Eva Gibson (57th) all finishing well up the field. In the boys equivalent, Seb Holley continued his fine recent form, with an excellent 4th, while Sam Doyle was 67th in the same race.

Eva McCann (27th) was the clubs sole representative in the minor girls, with JJ Holley (11th) qualifying for the upcoming Irish Schools out of a minor boys race that included Oliver Playfair (37th). Lucy Cheatley (14th) booked her place at the national finals from the junior girls on an individual basis, Mackenzie Eger (21st) just missed out, Niamh Fenlon (29th) qualified as part of the Sullivan trio that finished as second team overall, while fellow Sullivan student Jamie Gaw had an excellent run, despite an early fall and claimed 4th in the junior boys. 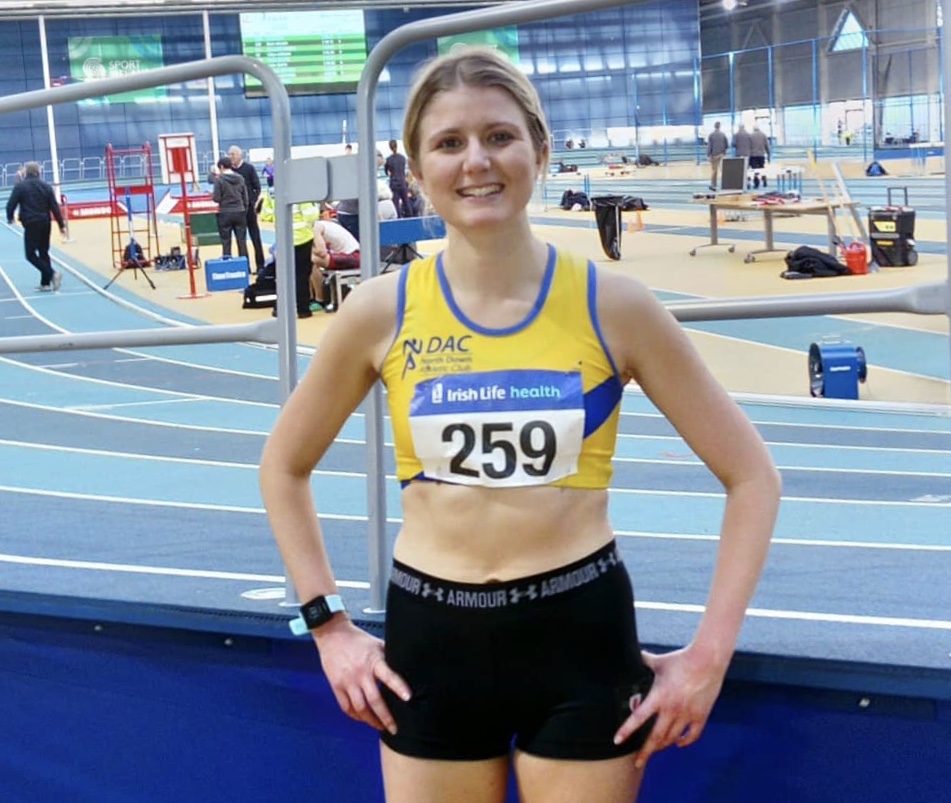 The Irish National Senior Indoor Championships took place in Abbottstown, Dublin over the weekend, and in only her third indoor race of the season, Rachel Gibson moved up a distance to the 3000m, but as the leader quickly opened a significant gap in the first couple of laps, she found herself in the unenviable position of leading the chasing pack for the early part of the race. She gradually eased to the back of the pack over the next couple of laps and with nobody prepared to inject any pace to close the gap to the leader, she remained part of the large bunch for the bulk of the race. As the pace increased towards the end of the race, Rachel was able to pick her way through the pack and by the end was finishing like a steam train down the home straight as she crossed the line in 9:55.63 for a very respectable 7th place.

Rachel McCann had dramatic time in her first senior championships and, although still a junior, ran a strong race in Saturday‘s 400m heats, setting a new PB of 55.17s to qualify third fastest for Sunday’s final. Rachel went off very hard over the first lap in the final and at the bell lay third, just behind two Irish internationals, but with a slight gap back to the rest of the field. Unfortunately, the fast first lap took its toll on the second lap as she began to tie up going into the final bend, however she was still in contention for the bronze medal when disaster struck on the home straight as she was caught by an athlete trying to force her way through on the inside, causing them both to stumble and fall just 20m from the finish line. Race over! Despite the fall, Rachel’s time in the heat puts her back on top of this year’s UK Junior Women’s 400m rankings and =13th in the European rankings. 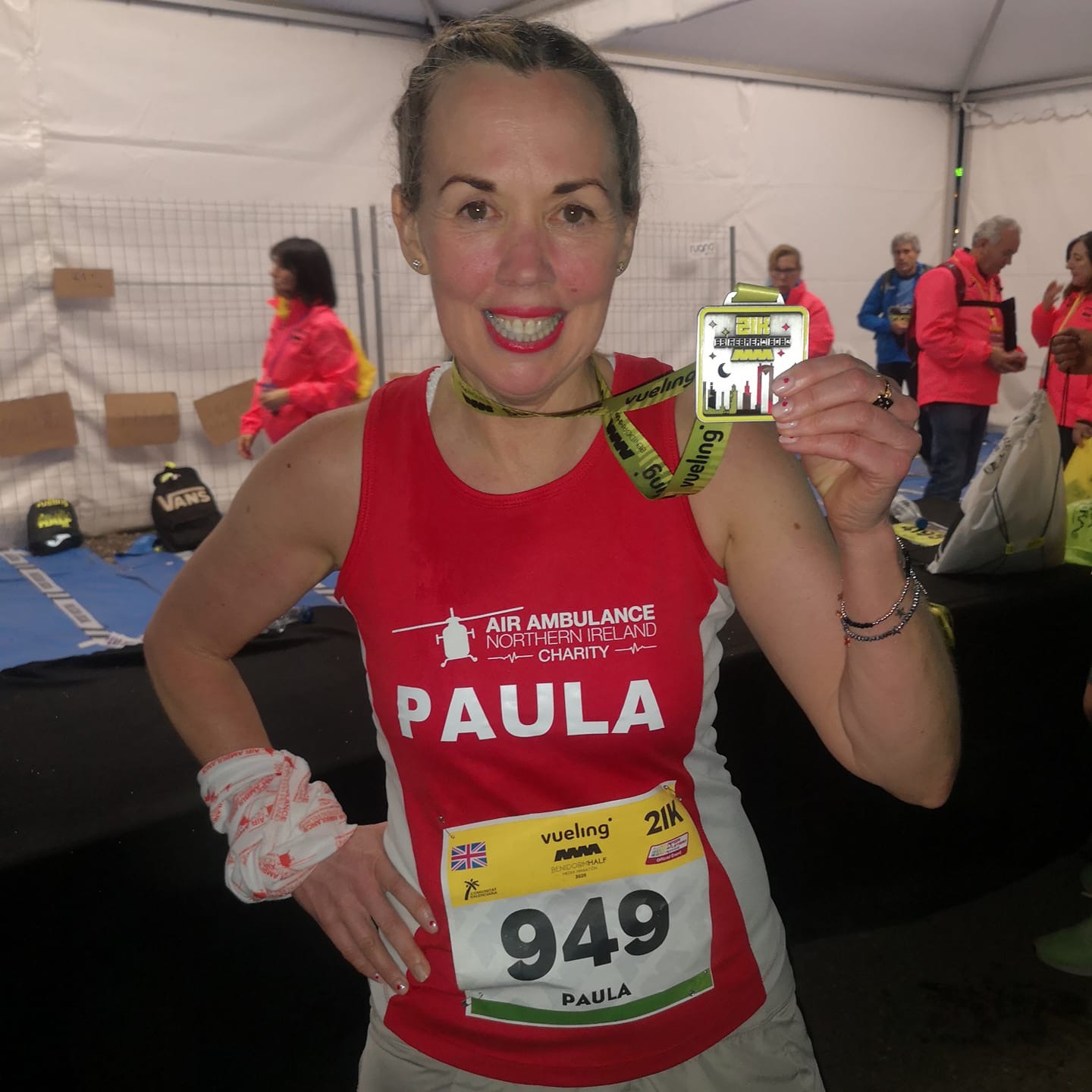 In altogether more pleasant outdoor conditions, Paula Simpson was in action over 13.1 miles around the popular Spanish holiday destination on Saturday, with a reasonably flat route throwing up only a couple of significant hills, but otherwise treating participants to an agreeable coastal jaunt. Over a two lap course taking in the town centre, old town and surrounding areas, Paula clocked 2:30:47 to finish a more than respectable 81st in age category with a nice bit of bling to show for her efforts. 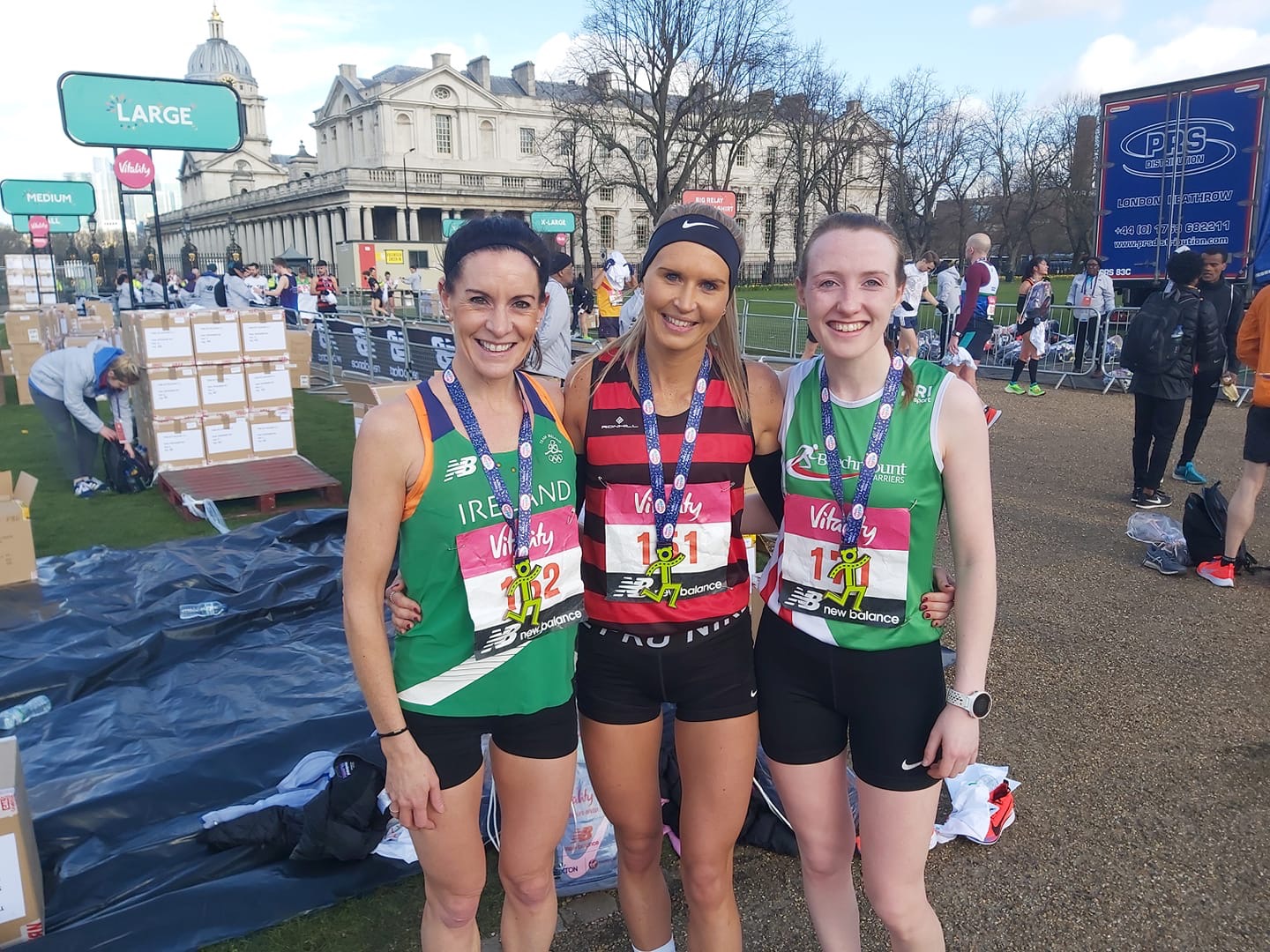 The high profile ‘Big Half’ attracted in excess of 15,000 athletes to the centre of London on a Sunday, a high quality field including the likes of Kenenisa Bekele and Lawrence Cherono looking to cash in on decent conditions, with North Down represented by Jessica Craig. Over a flat and fast route hugging the banks of the Thames between the starting point by Tower Bridge and the finishing area at the Cutty Sark, Bekele eventually claimed the win (in a new course record of 1:00:22), while there was success for Jessica as well, the Bangor lady taking more than three minutes off her previous best, to clock a tremendous 1:16:12 for 16th lady and 233rd overall.

Back to Basics 10k 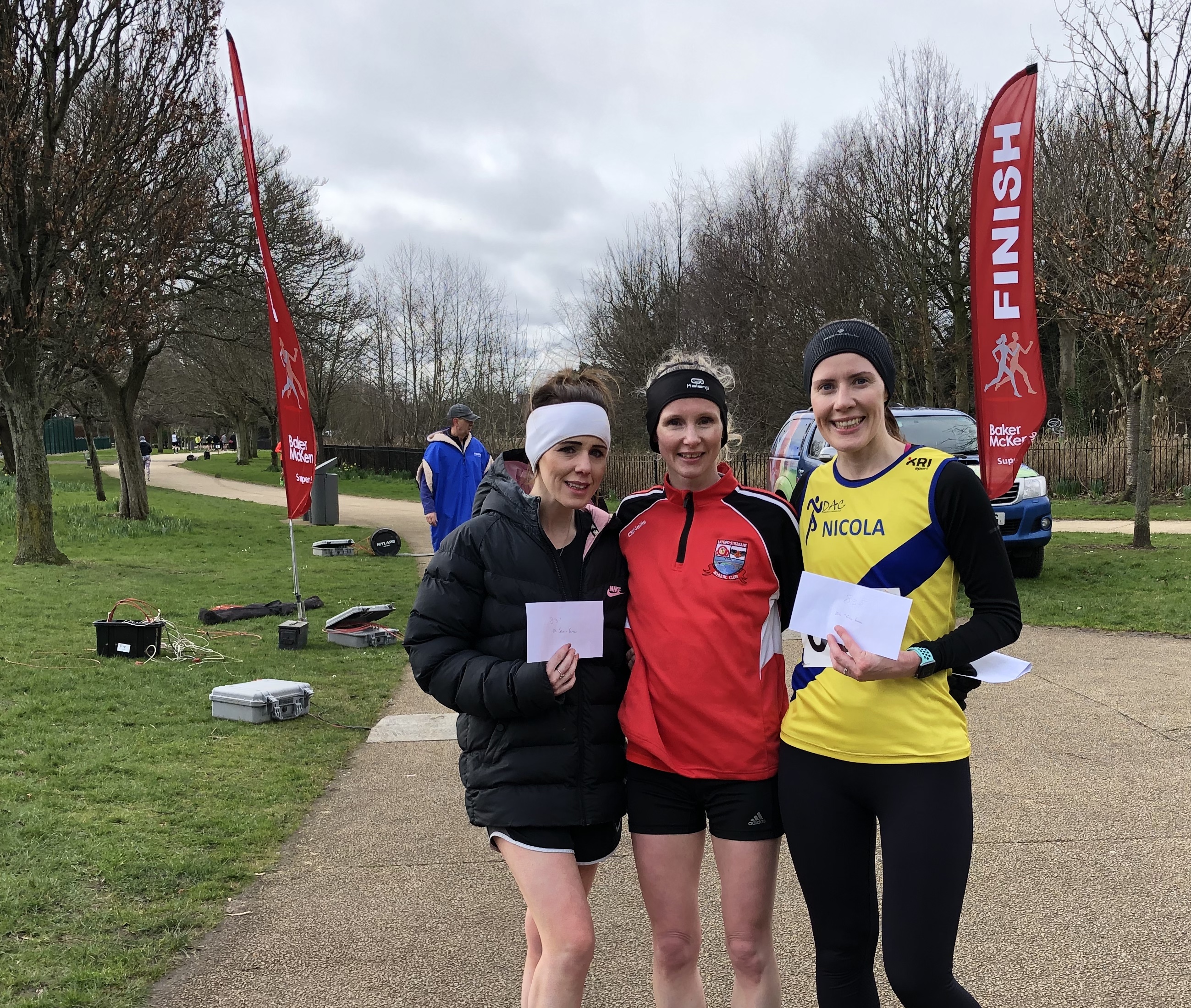 The good people of GaitHouse Events hosted another successful edition of their ‘no frills’ 5 and 10k events in Victoria Park on Sunday, with a podium spot for North Down in the longer distance, courtesy of Nicola Downey. Having benefitted from a full cross country season, Nicola cashed in on improved endurance to run an even paced effort and post 49:41 for third lady (32nd overall).  Look out for an additional endurance option at the next GaitHouse event on August 22nd, at the Ulster Folk and Transport Museum.