We’re in that transition period where the final races of the cross country overlap with the start of the main road running events and, just for good measure there’s a few trail races to add a bit of interest.  This week has seen Springwell RC in action in the fields, trails and roads at distances from 6 to 60km, with a fair share of podium places, club records and personal bests.

Hosted by events management company 26 Extreme, the 2nd Firmus Energy Northern Lights event took place in Portstewart on Friday 6th March with over 250 competitors taking part across the 5 & 10k races and the challenge walk.  The weather was much kinder to competitors who didn’t have to cope with the gale force winds of last year and the 10k got underway in near perfect conditions at 7.30pm.

The head torches of over 100 runners made a spectacular sight as they completed a lap of Portstewart promenade before heading out over the harbour hill, past the Herring Pond and onto the Portrush Road.  Springwell RC’s Alan Nevin set the early pace closely followed by club mate, and last years winner, Barry Mullan.  Alan held the lead along the Ballyreagh Road until the course turned onto the coastal path to return to Portstewart and the finish.  Running in the dark by torchlight on an uneven, undulating path requires a degree of nerve and skill and Barry’s experience came to the fore as he moved into a lead that he was to maintain until he crossed the line in an impressive 38:24.  David Smyth (Galbally Runners) was second in 38:53 and Richard Bradley (unattached) was third in 39:24.

In the lady’s race Springwell RC took all the podium places with Judith Buchanan first in 47:30, Carolyn Crawford second in 47:41 and Adele Tomb third in 49:11.

The Walled City 10 Mile Road Race took place on the 7th March along the banks of the River Foyle where the near perfect running conditions of cool temperatures and light winds produced some record breaking performances for Springwell RC.

Springwell RC’s Ciara Toner marked her return to form as she broke her own club record with a time of 1:00:33 to finish second lady.

Also, on Saturday Atlas Running were hosting a day’s worth of running distances at Shane’s Castle in Antrim.  The course around the Shane’s Castle estate comprised of a mix of terrain on the 13.1 mile lap.

On Saturday 7th March the UK Inter Counties Cross Country Championships were held in the grounds of Prestwold Hall in Loughborough.

Representing NI & Ulster, Springwell RC’s Niamh Carr was competing in the U20 Women’s 6km race against the counties and districts of England, Scotland and Wales. Niamh produced an excellent performance to finish 35th with a time of 27:06.

The 3 mile course stretches from London’s Old Billingsgate to The Mall and runs along the Thames River, which just so happens to be the last 3 miles of the London Marathon course.

On Saturday Peter Jack was at the Victoria Park Half Marathon in London where he finished 468th in 1:57:53 and at the first NIMRA race of the year Hugh Deighan took on the challenge of Slieve Gullion and the 4 mile course with over 1100 feet of climbing.  Hugh finished 81st in a time of 59:48. 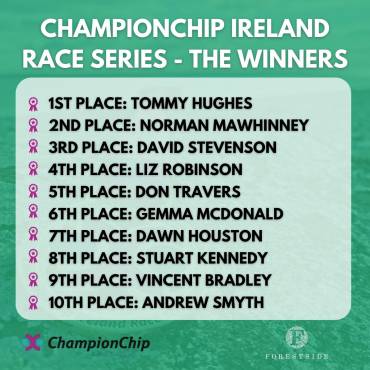 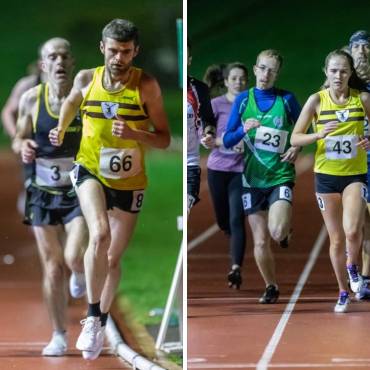 Successful Winter Meets Round Out 2020