My Running Profile – Pat O’Driscoll from North Down Athletic Club

When did you start running and what motivated you?

November 1990. North Down AC took a team including Neil then aged 12 by coach to the Gateshead Cross Country and I was dragged along to make up the adult ratios. I thought that it would be a weekend from hell. Instead, everyone (none of whom I knew) was very friendly and I had a great time. Unknown to me, Neil had packed my tennis shoes and Barry had entered me in the 1.1K fun run; I was as exhausted after it as I was ever to be after a marathon!

They persuaded me to join the Club and I never looked back.

At that time only about 10 runners went out on the Monday and Wednesday night Club runs; but they were good runners – I reckon that I have always been the slowest in the Club even when I was crowding 40 minutes for 10K! In those days the Senior Cross Country was 7 laps of Lurgan Park – I judged the quality of the winner by where he lapped me for the second time! Davie Wilson was the best

Initially it was the marathon; I have run 29 including 12 Belfast.

More by accident that design I realised that I was running a lot of half marathons. One night I decided to try to get to 100. I achieved this in Lisburn in 2018 and kept on going; I have reached 121 and have no intention of stopping!

The Belfast Marathon is as good as they get in my book – I loved all of the courses especially the old one (Grand Parade and all)
Ken and Lynn Hawtin’s wonderful Boxing Day race – alas no more – the multi terrain course was brilliant; the company was lovely and there was a spread to die for afterwards
Omagh Half Marathon – I have run the last 10; I just love the race.
Eskra 10K – great spread, lovely hats and good course
EAMS races – they are so big hearted and warm hearted
GR8 a gem of a race

What is proudest running achievement to date and why?

Representing Northern Ireland in the British and Irish Masters Cross Country the year of the flu epidemic!

Winning the Fat Lad Wash Up Half Marathon Men’s trophy; there wasn’t another man in sight!

Winning the Scarth Shield M50 Cross Country – I had cunningly presented a M60 Shield which knocked Brian, David, Ken, Ean and Norman out of the M50 equation!

I always arrive in good time for races

Before a race the first port of call is always the loo; at big city races, McDonalds is usually a good bet – I would find one the night before.

Since chip timing was introduced, I start at the back and don’t run a yard until I reach the start. I don’t believe in warmups and even less in warm downs!

No matter the distance I find it motivational to think I am well into the race when I get to 40% – in no time I am at half way and on my way home.

At halfway I usually start counting those who pass me and those I pass – I nearly always come out ahead!

Food is important; I am only half joking when I say that my top criteria for judging a race is the spread afterwards!

I race again as soon as possible. At the turn of the year I ran 9 races in 16 days

Given the current restrictions what advice would you give to those having to train from home?

Stick to the Government guidelines both in spirit and to the letter.

The perimeter of my house and garden is about 70 yards. Each day I do 50 laps and then go for an hours walk.

For the first time in ages, I’m injured. At the end of an 11 mile run on Friday 13 March – some of it over treacherous territory – I tripped on a small curb at the entrance to our short driveway; I had been distracted and didn’t look – our post man John was in the driveway. I said “Hello John” and crashed. I wouldn’t have made the count; John could not have been more helpful though I did think that giving me an envelope franked “HMRC” was hitting a man when he was down! It wasn’t a tax rebate!

To mix things up I have ordered a cross trainer.

You have completed over 100 half marathons and have been one of North Down’s most consistent athletes in recent times, how do you explain your impressive longevity?

I didn’t start running until I was 43.
My family has always encouraged and appreciated my running and it has given us many laughs.
I have always been slow despite doing quite a lot of training on the track
I race as much as possible – 799 including 80 Parkruns, I love the club and racing and everyone involved.

Despite having had several bad enough falls, I have never broken anything,
running has been good for my health and helped me enormously during a stressful career as a solicitor

We’ve been in lockdown for a while, have you any tv box sets, films or book recommendations that you are willing to share with us?

Recently we bought a Smart TV and Netflix. So far, I have enjoyed The Crown, Inside Borussia Dortmund, Six Dreams (La Liga). Manhunt Unabomber and Designated Survivor.

I am reading Kolymsky Heights by Lionel Davidson. My favourite author is Robert Harris especially his Cicero trilogy

What event are you targeting when restrictions are lifted?

Omagh, Washingbay Green and MS Half marathons and – if I can get an entry – the Larne Half Marathon 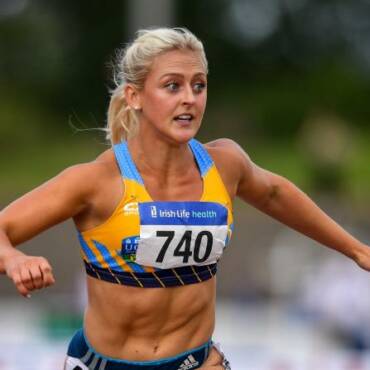