Racing opportunities have been scarce since lockdown in March and only in recent weeks have opportunities emerged. Indeed a couple of weeks ago Newcastle & District AC’s Zak Hanna journeyed to County Wicklow to race in Ireland’s first mountain race post-lockdown over Lugnaquilla. His winning time of 49 minutes and 35 seconds was only 4 seconds outside legendary John Linehan’s course record and he was over 8 minutes ahead of second place. A week later he covered a time-trial lap of the lake at Castlewellan in 11 minutes and 49 seconds for the 2.425miles distance (4 minutes and 56 seconds mile pace), which indicated he was ready to take on the best in the mountain racing world.

So it was with reasonable confidence that the Salomon sponsored athlete set out for a weekend of racing based in the village of Malonno in northern Italy some 100 miles northeast of Milano. Northern Italy was at the centre of the pandemic in February but things have improved dramatically there and Zak was able to report back that the locals were continuing to take social distancing seriously and wearing masks. The races themselves started with athletes one metre apart on the start grid and having to wear a ‘buff mask’ for the first 200 metres until the field thinned out sufficiently. He was the only person from Ireland or Britain to make the trip and the organisers were so delighted to see him. 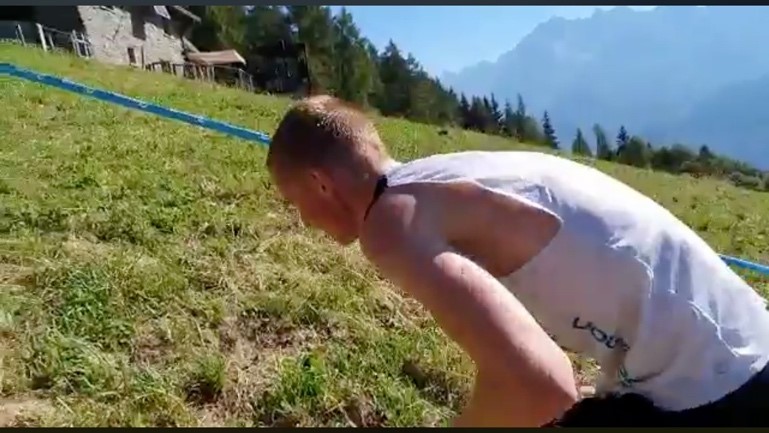 Most of Europe was basking in a heatwave (not in Ireland though) and race morning arrived with temperatures already at 30C at the 9:30 race time. The race statistics were scary with 1,000 metres of climbing to be covered in only 3.5km race distance. The ‘wall’ to the finish line had a maximum gradient of an eye-watering 47%. 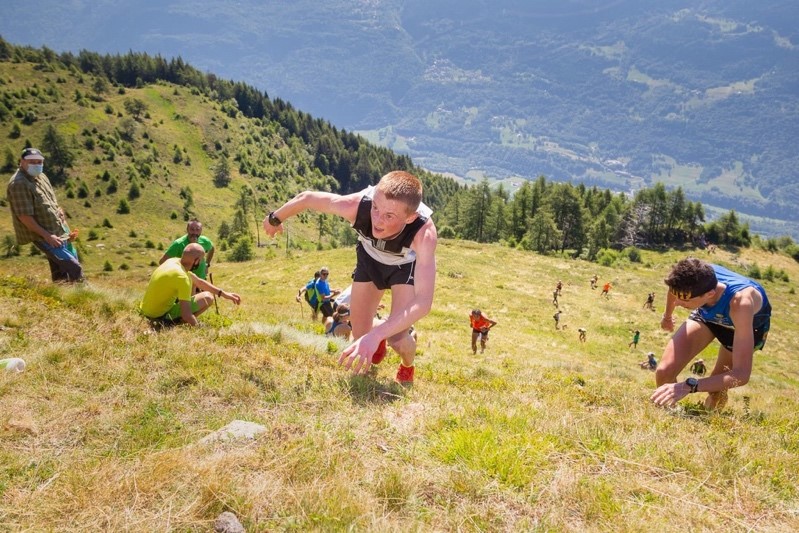 The finishing ‘wall’ with Hanna passing Frenchman Sylvain Cachard to make it a podium finish;
the race had started over 3,000 feet in the valley in the background.

In the early stages Zak found himself in the leading group of 5 with the cream of the Italian mountain racing scene. It included the ‘vertical kilometre’ specialist Henry Aymonod, one of the best uphill and sky runners in the world at the moment Davide Magnini, former European Mountain Racing Champion Martin Dematteis and Frenchman Sylvain Cachard. At around half distance Aymonod put in a surge and Hanna tried to follow with Dematteis being dropped from the group. Onto the upper slopes Hanna was at the back of the group of 3 in 4th place. Then with less than 100m nearly vertical metres to go, he surged past Cachard to move into 3rd place and crossed the line in 35:14 – winner Aymonod was home in 34:10 with Magnini second in 35:01, with Cachard in 4th in 35:21. 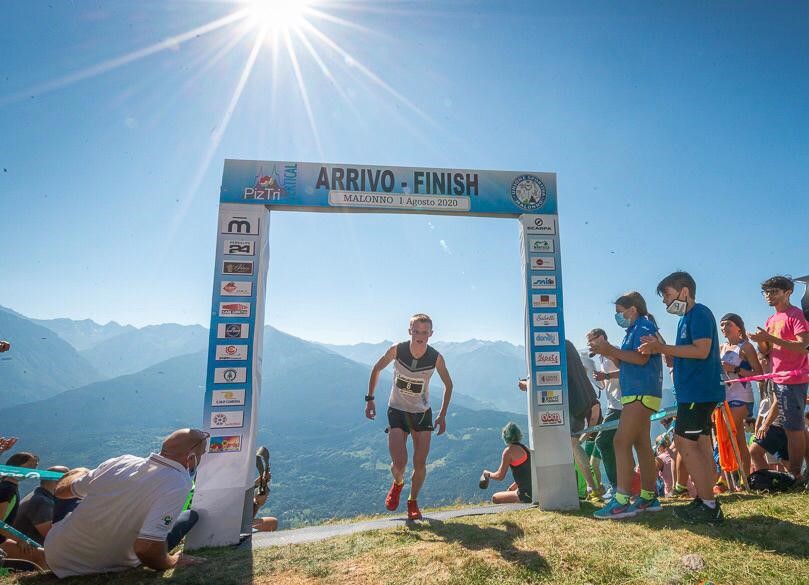 As a ‘Furlough Pro’ (see Zak’s recent blog published in Fast Running at https://www.fastrunning.com/fast-10/2020/zak-hanna/the-furlough-pro/30385) Zak had taken the opportunity to do upwards of 95 miles a week from his home on the side of Slieve Croob in the Dromara Hills. This would give him the strength to tackle back to back races on weeks like these. So after the lung-bursting steepness of Saturday, Sunday morning at 9:30am brought the challenge of the Fletta Trail over close to half-marathon distance with climbing and descending back to the starting point in the village of Malonno.

Francesco Puppi, the local Italian favourite and 2nd in Patagonia last November at the World Long Distance Championships (and World Champion in 2018) was in the race, fresh after not racing on Saturday. Seasoned Italian international Cesare Maestri (2nd at World Champs Classic Distance in Patagonia in 2019) was also in the field also not having raced the VK the day before. 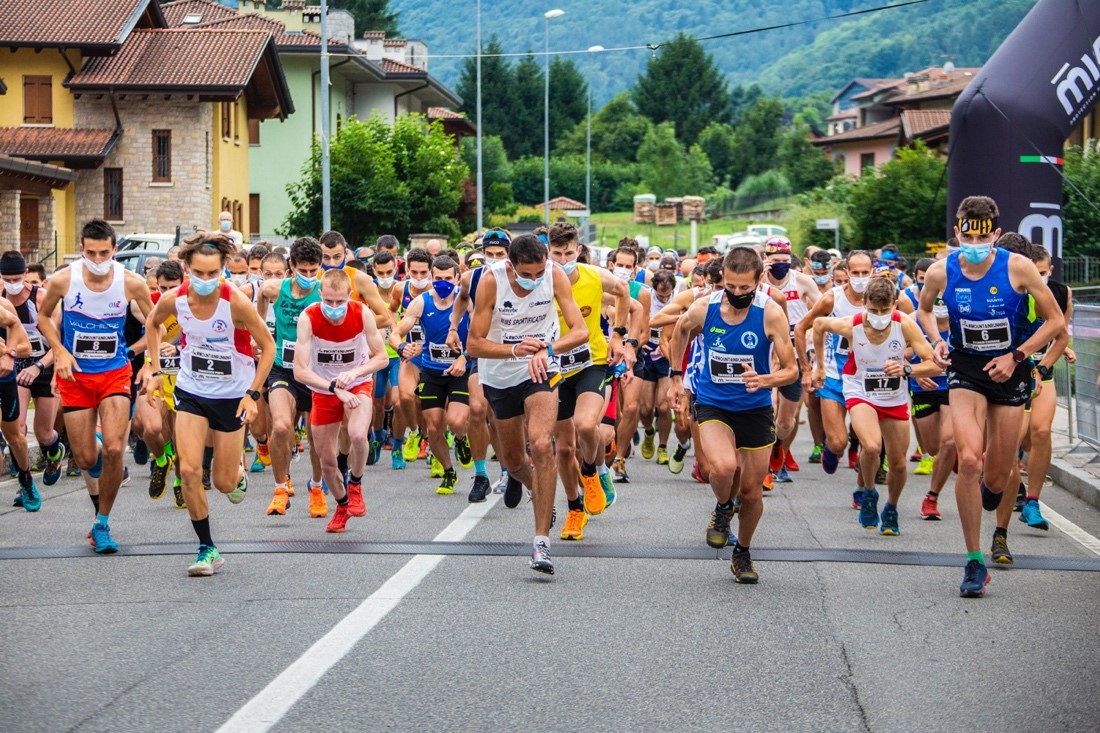 Hanna (#10, third from left) in requisite mask at start of Fletta Trail.

As the race set off, these two were joined at the front by France’s Sylvain Cachard ‘the bull’. Hanna settled into the next bunch finding his climbing legs quickly and reached the summit of the race in 4th place over half a minute clear of Martin Dematteis. 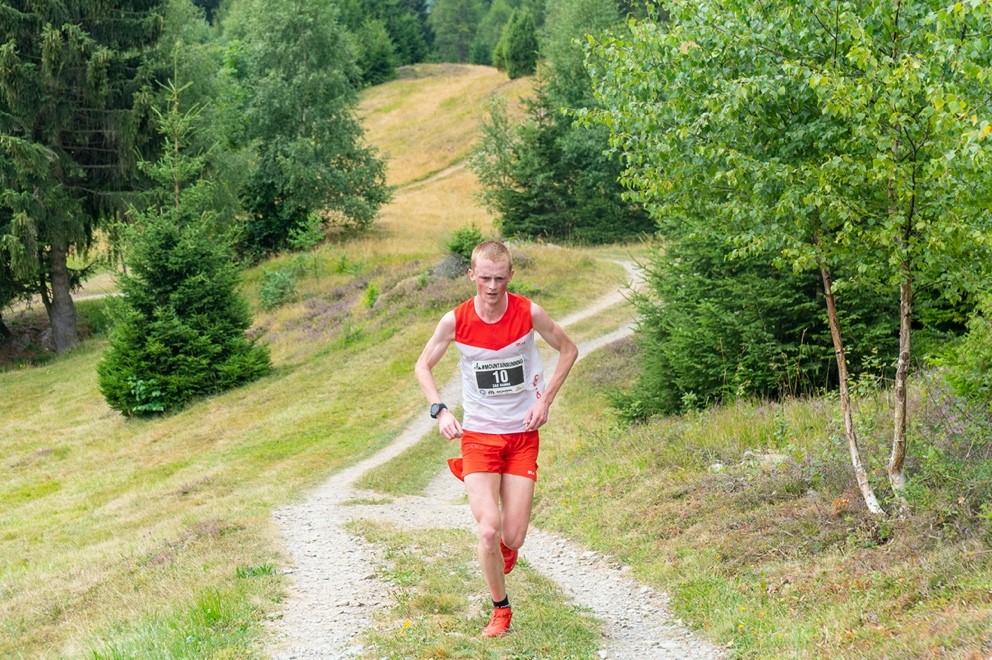 Hanna cuts a lonely figure on the long climb in 4th place on the Fletta Trail.

One of the best climbers in the field (clearly) Hanna continues to hone his descending skills too and he held on for a long time on the descent in 4th before being caught by Dematteis. It was a brilliant 5th place taking the scalp of the VK winner Aymonod from the day before and many others including Tim Becan from Slovenia (in both the races) who had finished alongside Hanna in the overall World Cup Series in 2019 and Martin’s twin brother seasoned Italian international Bernard. 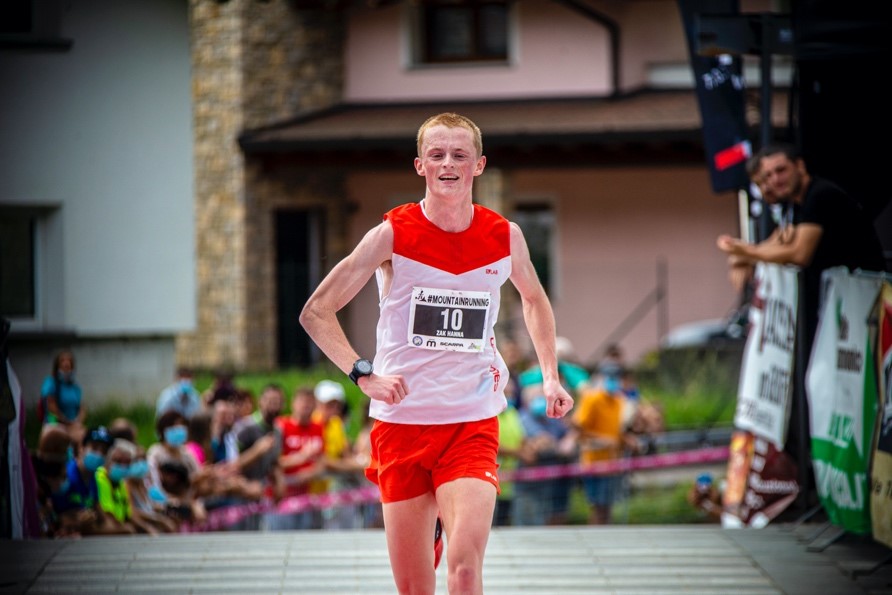 A happy Hanna in the home straight in 5th place.