Fast road racing at the new ‘Balmoral’ with plenty of PBs 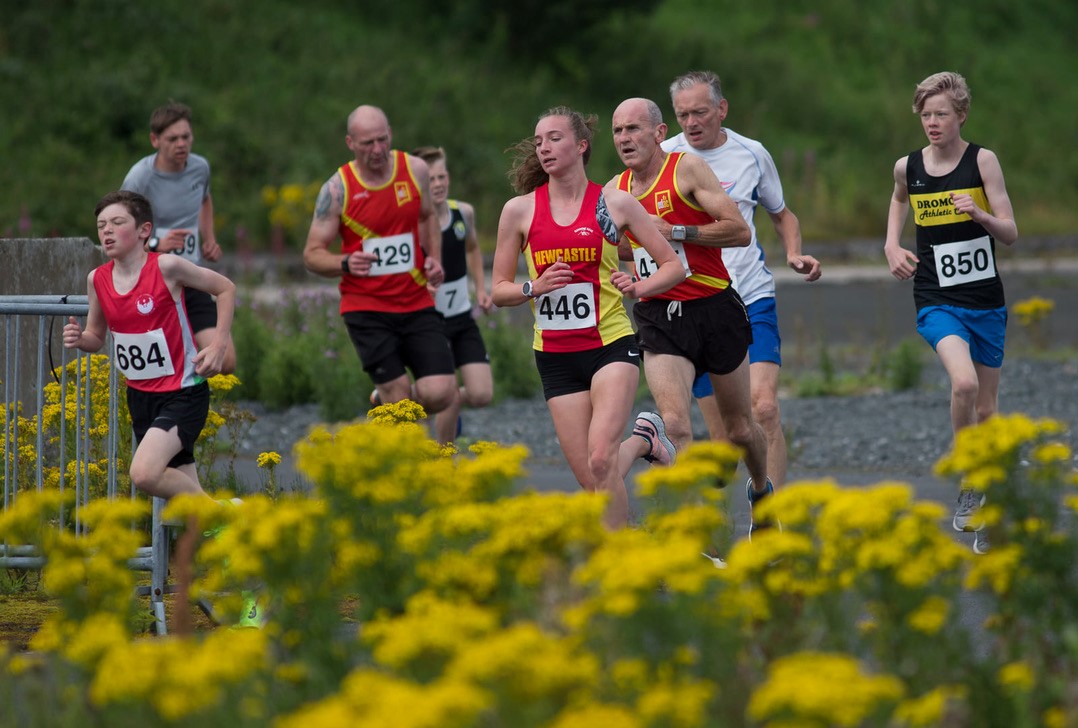 A new PB over 5k for Ruby McNiff.

In the ‘B’ 10km (for runners with PB outside 36 minutes), Frank Cunningham set out with the intention of leading from gun to tape and that he did. He came home in a new personal best of 36:29 – congrats.

Close behind in 2nd place having run a brilliantly paced race was Phil Murdock. Murdock turned 50 in December past and had run a PB of 38:50 in the Seeley Cup 10k in November. He was training through the winter for the London Marathon and had recorded a 1 hour and 23 minutes PB at the Carlingford half-marathon in March just before lock down. He kept up his consistent work and it paid off with a new personal best of 36:39 today – a massive 2 minutes and 11 seconds better than in November past. 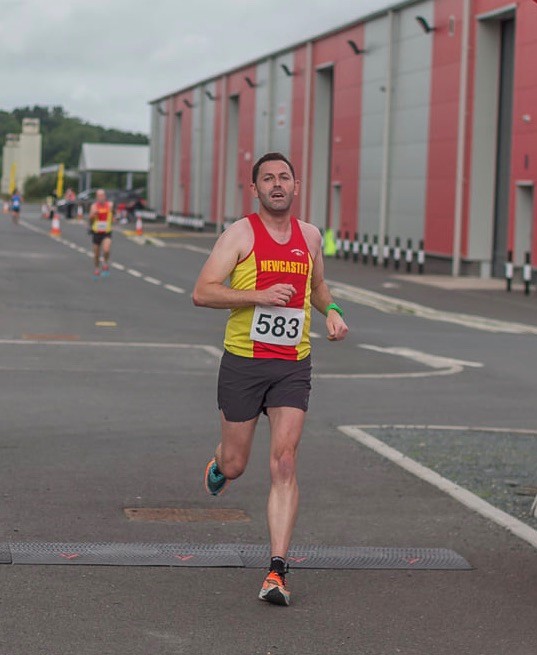 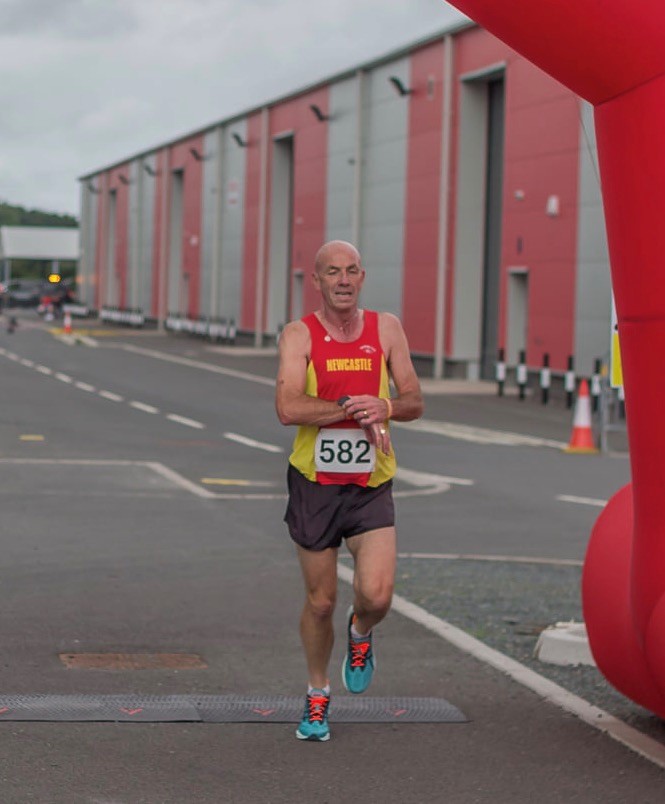 Massive PB for Murdock – a new decade, a new lease of life. 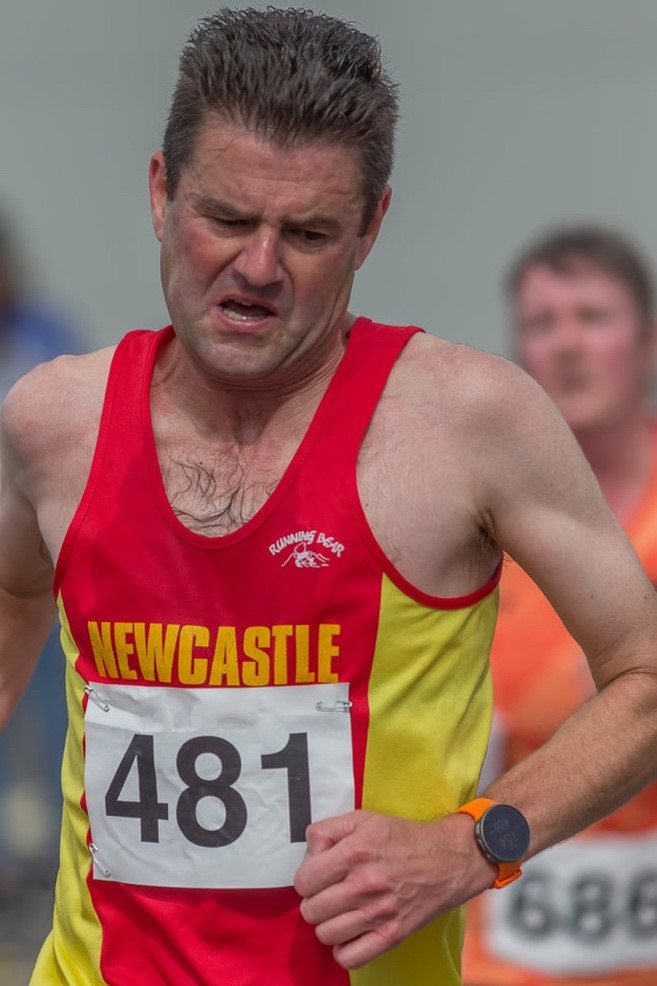 Next up was the 5k ‘elite’ where Eoghan Totten also led from start to finish and was never challenged. He recorded 14:35 and won by 25 seconds from Matthew Neil from Cardiff and Chris Madden of Lisburn was 3rd in 15:15. Totten will now concentrate on the Irish 10,000m on the track in three weeks’ time. 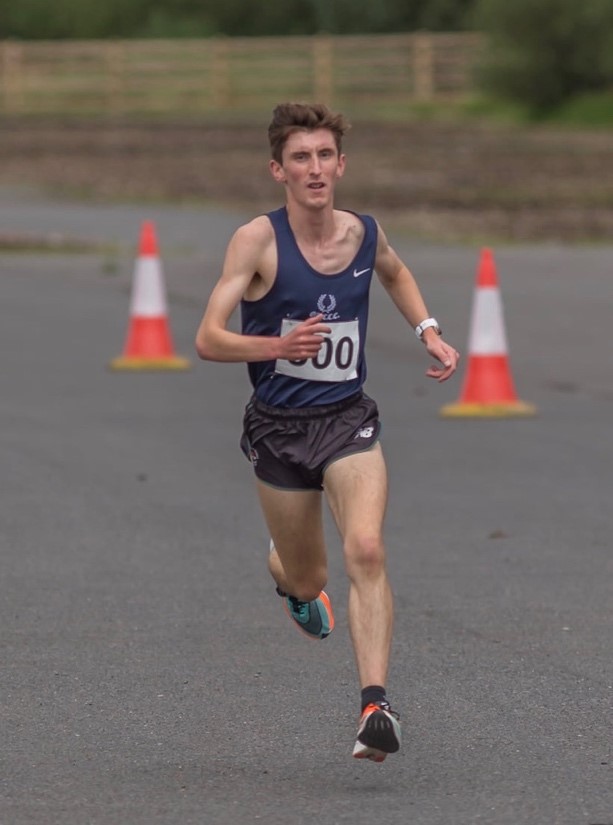 Also in the race, Brendan McQuaid ran a brilliant personal best of 16:43 – amazing to think that he was told he wouldn’t run hard again after he tore a cruciate ligament in his knee. Close behind him was 17-year-old Niall Goodman who also ran a PB of 16:50 – congrats.

Brendan McQuaid on the way to new 5k PB.

Returning to racing 11 months after breaking her foot in a steeplechase in Spain was Kerry O’Flaherty. Two operations, one to insert a screw to ensure the 5th metatarsal healed properly and the other in February to remove the screw meant than this return to racing was welcome but also a shock to the system – she came home in 17:05 in 3rd behind Cardiff’s Jenny Nesbitt and Letterkenny’s Nikita Burke and put a good marker down to build on into the future. 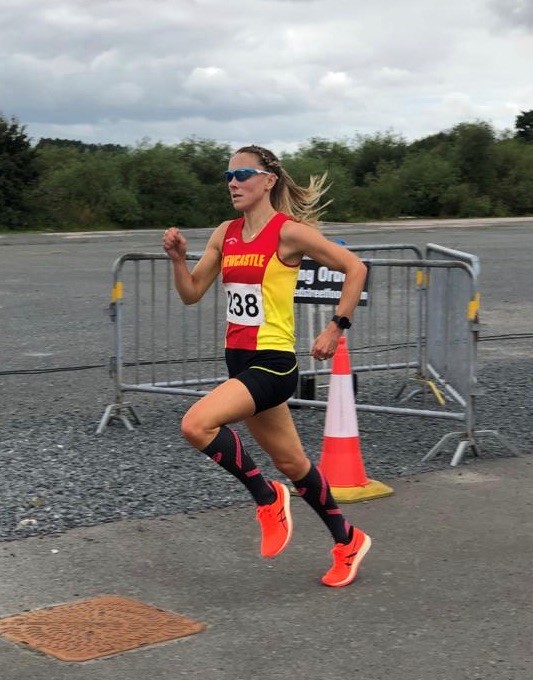 Kerry O’Flaherty on way to the finish.

Francis Tumelty had a strong race to finish in 17:24, just outside his PB and back to full fitness.

In the 10k ‘elite’ David McNeilly who also had been preparing for London Marathon and had run a personal best in Carlingford Half-Marathon before lock down came into this race with a personal best of 34:50 and now into the veteran 40 category he blew that out of the water with a remarkable 33:03. Finally, Aidan Brown recorded 34:09 last November in the Seeley Cup 10k and today he crossed the line to record, frustratingly, 34:10 – still a brilliant performance. 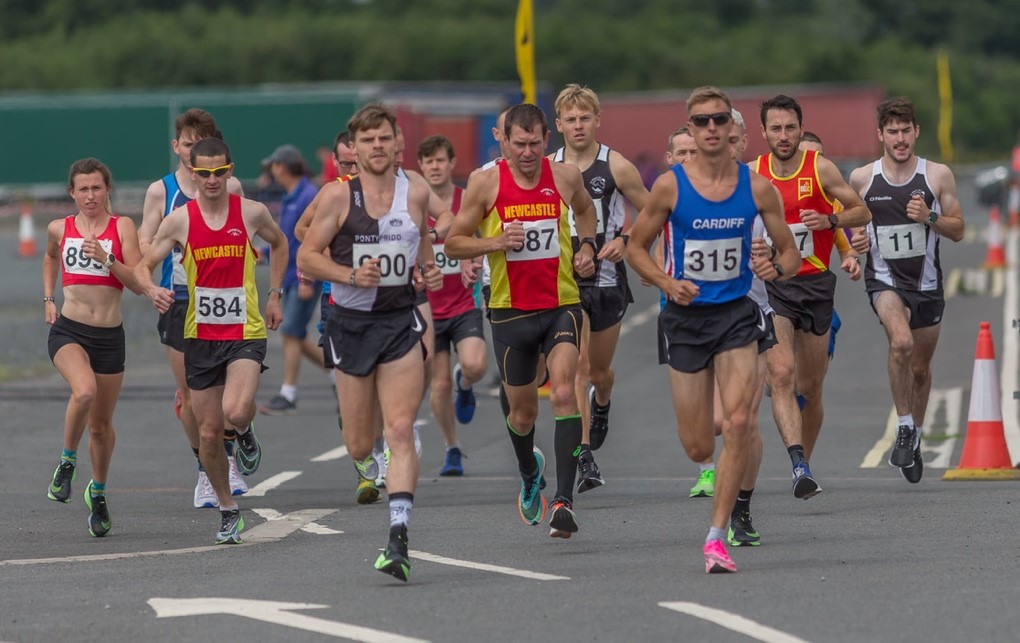 Congratulations to all the Newcastle & District AC members who took part and let’s hope this racing window stays open for a good bit longer.