Hanna Emerges as a VK Specialist in Italy

The Italians were worst hit at the beginning of the emergence of COVID-19 in Europe back in February. They emerged into the new norm and out of that they have managed to run a 2020 Italian Mountain Racing Series and Championship races.

Local Dromara lad, Zak Hanna, Salomon and Newcastle & District AC, arguably the best mountain racer of his generation used furlough to his advantage (see the ‘Furlough Pro’ on Fast Running https://www.fastrunning.com/fast-10/2020/zak-hanna/the-furlough-pro/30385) increasing his weekly mileage to around 95 and alongside some significant climbing on the slopes of Slieve Croob, he never lost touch with his ‘top end’ with plenty of threshold sessions at the lake in Castlewellan.

In July he won the Lugnaquilla Mountain race in Wicklow by 8 minutes and got within 4 seconds of the legend John Lenihan’s course record. His first sortie to Italy was over the first weekend in August at the Piz Tri Vertical Kilometre in Malonno which included 1,000m of climbing in 2.5km and a 47% finishing gradient where he finished an excellent 3rd. The following day finished 5th in the Fletta Trail over 20km and 1,200m of climb and descent.

Three weeks later he was back in Italy, this time in the heat of Susa, northwest of Torino, for the Challenge Stellina over 14.3km with 1,500m of climbing. This time the race doubled as the Italian Championships and trial for the (now cancelled) World Championships in Lanzarote and he came home in an excellent 8th place.

Vertical Nasego – Saturday 3 October
From the heat of summer to the messy weather of autumn and landing in a turbulent Milan Malpensa on Friday afternoon, the rain was torrential and the day was very grey – heat stroke was not going to be a problem this weekend. Destination this time was Casto, in the province of Brescia for another ‘double racing weekend’. Saturday was the Vertical Nasego with a mountain top finish with climbing of 1,000m over a distance just over 4km (average gradient 24%). This ‘VK’ type race has become popular over the past decade across Europe.

Race day dawned wet, in fact very wet and the organisers decided to move the start times of the races back 90 minutes to allow the worst of the rain to clear. So Hanna has time for more Nutella and Croissants to fuel what was going to be a busy weekend.

At 2km (halfway distance and c40% of climb done) in the village of Comero, Hanna led the field with local Italian VK specialist Henri Aymonod tucked in behind and it looked like they were just edging away from the rest.

‘Into the hurt locker’ as Hanna likes to call it and the terrain turned even steeper as he pushed hard. Aymonod put in a burst and Hanna just couldn’t match it and slowly the elastic snapped. It was hands and knees as times as the terrain steepened more with the heavy rain making it slippery too. 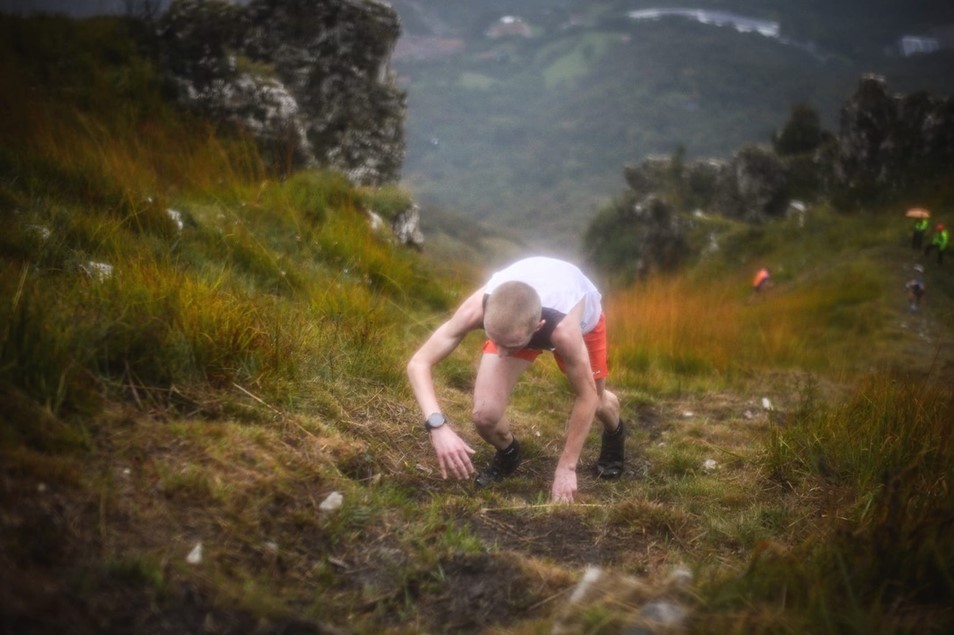 Aymonod won in 35:47 with Hanna 35 seconds behind in 36:22 – a best ever race for him confirming his improvement during this lockdown year. 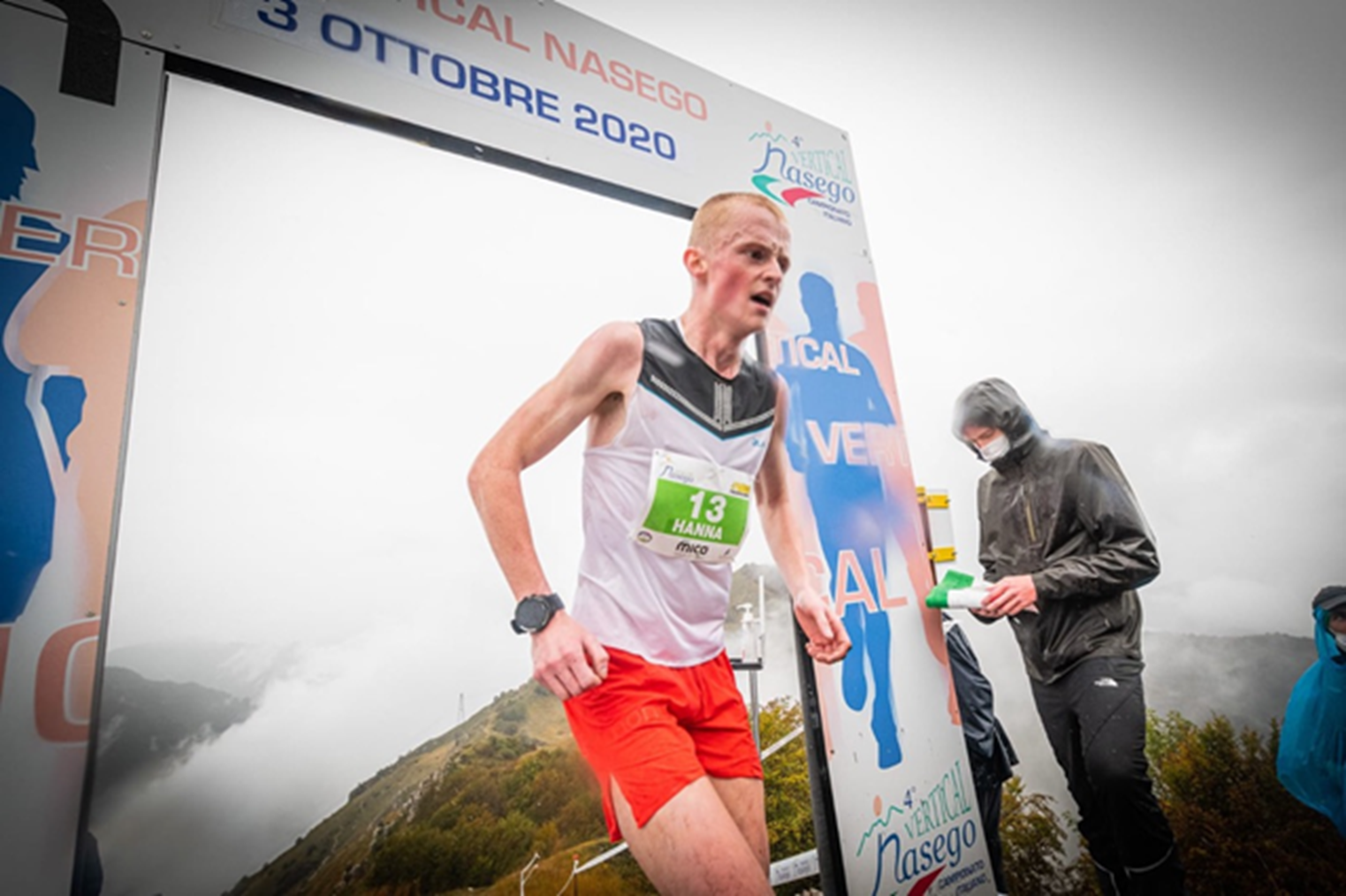 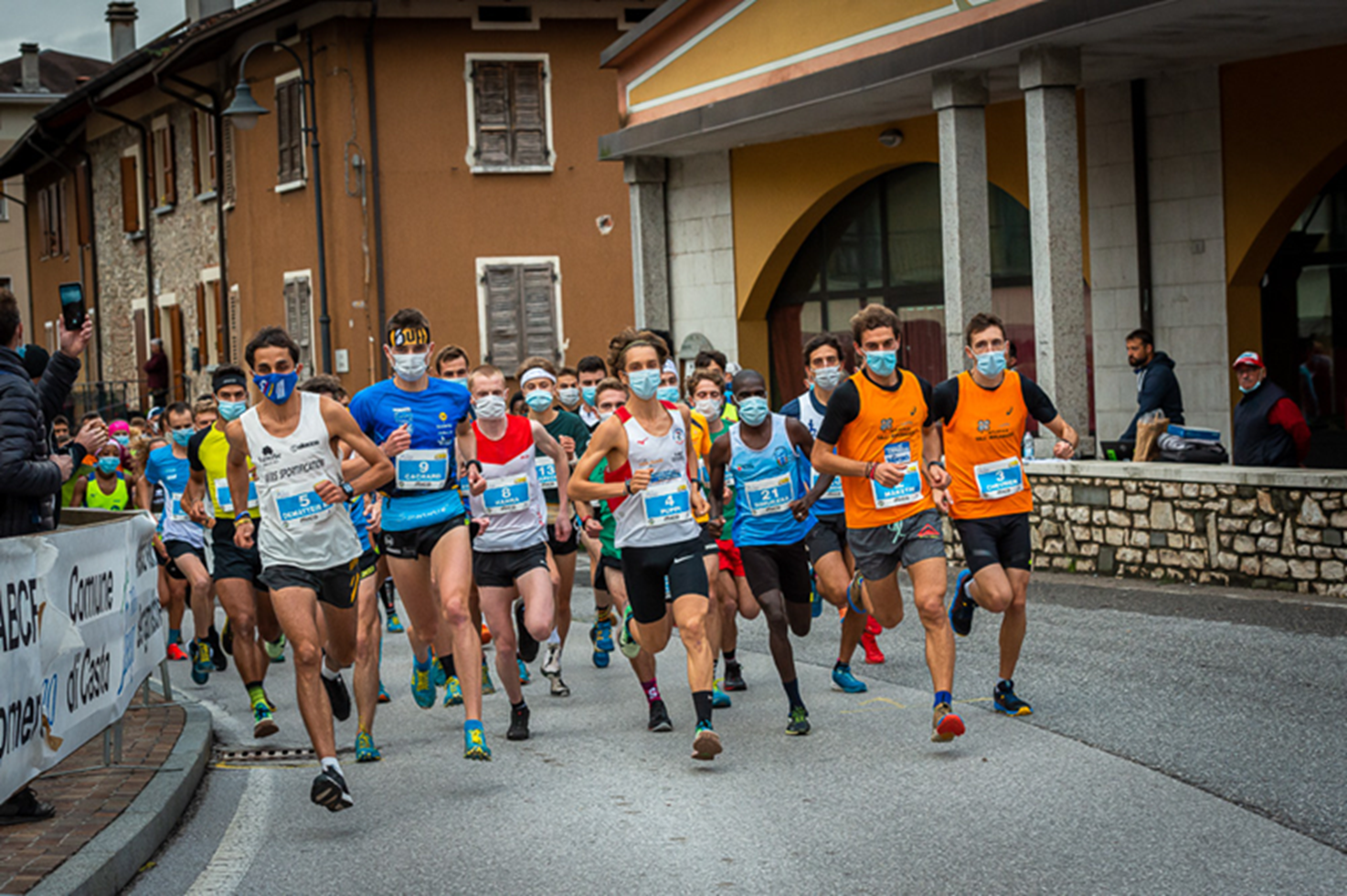 Hanna wanted to find his legs early in what was a very gruelling course – very undulating with technical descents and a complete beast of a final climb to Rifugio Nasego before a very technical descent dropping around 2,000 feet to the finish in Famea. 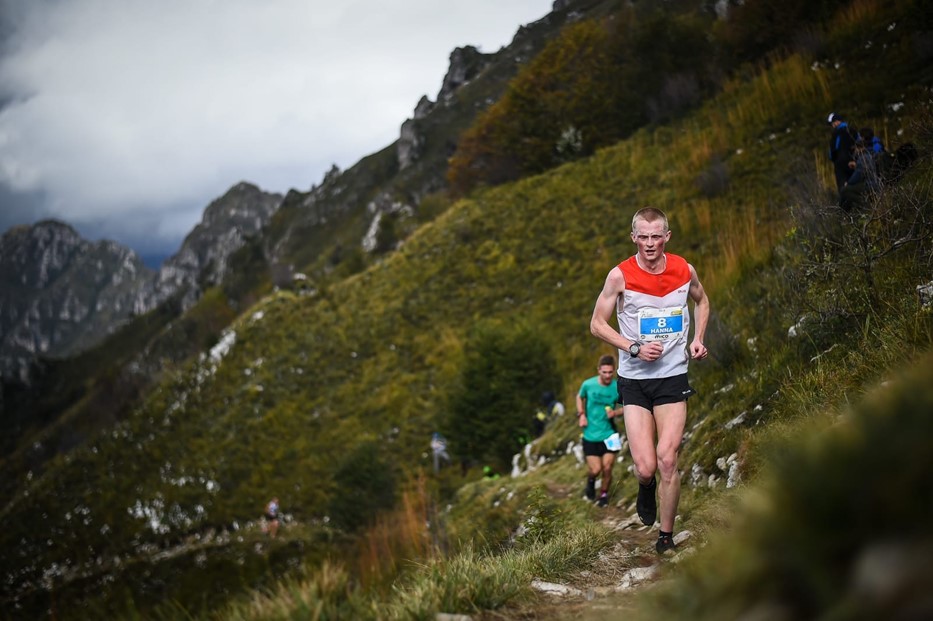 Hanna deep in the hurt locker well up the final climb

He settled in well and was in 10th place at the 5km mark. He was still in 10th as the runners reached 10km close to the halfway mark. With over 2,000 feet already climbed the course turned viciously upwards and Hanna was still feeling strong if certainly not fresh after yesterday’s efforts. He climbed alongside Italian Alberto Vender all the way to the summit and turned for the 2,000 feet descent to Famea along what can only be described as a technical route.

Hanna worked hard and as the clock ticked past 90 minutes, the fatigue was setting in and he was eventually caught close to the bottom of the descent and came home in 14th place. He was pleased with his run, commented that he felt stronger than when finishing the Fletta Trail last month and he was just glad to finish in one piece after more than 100 minutes of brutal terrain.

Hanna in the finishing straight 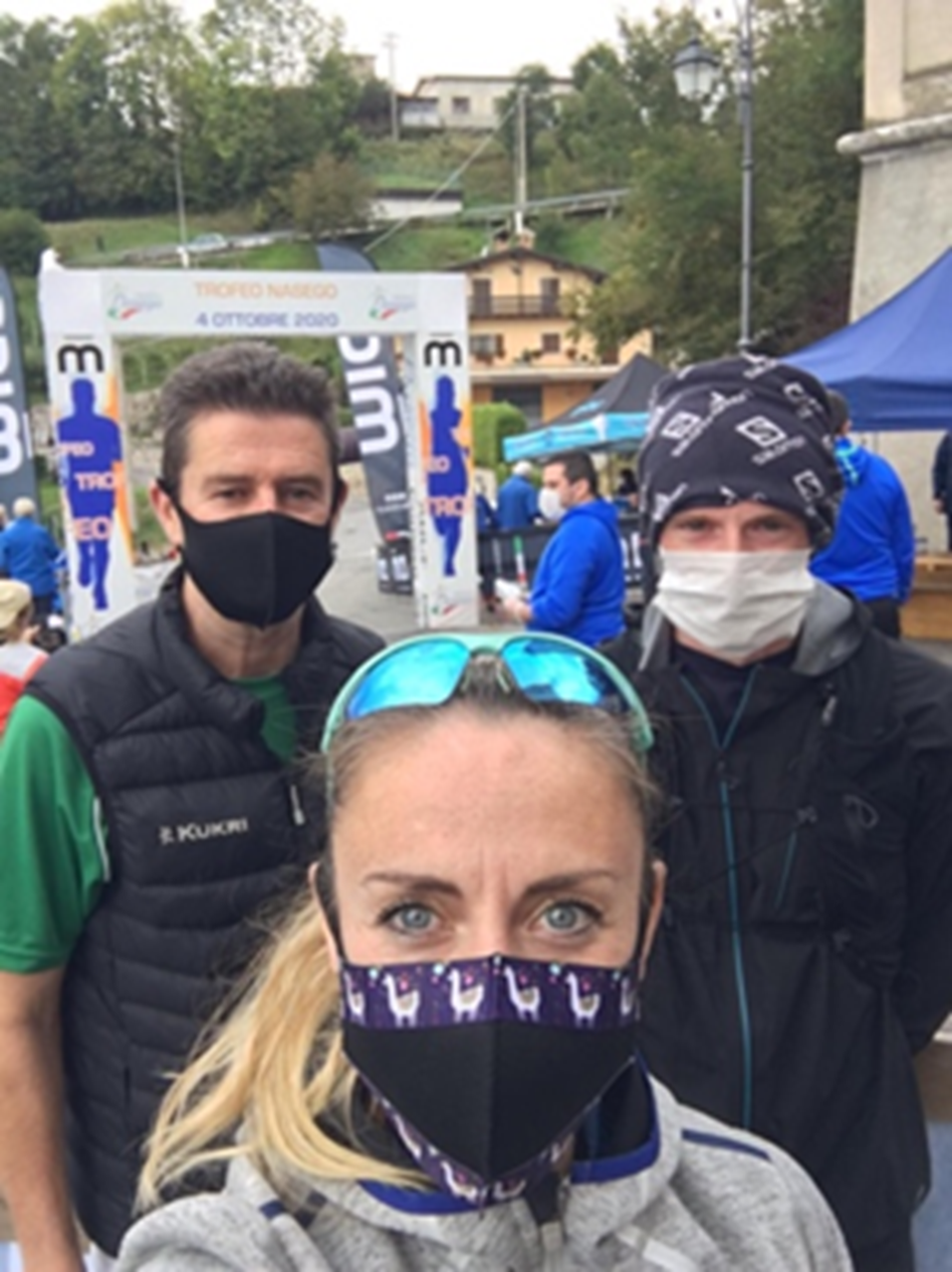 Team Hanna at the finish line in Famea, Italy