Following Scullion’s impressive display at the Antrim Coast Half Marathon, finishing in a time of 61:08, among top GB athletes and only 30 seconds behind Sir Mo Farah, Stephen set his sights on a record time at the Virgin Money London Marathon on Sunday 4th October 2020.With a cold, wet start to the day, conditions were not ideal for the 31 year old. Whilst his competitors from the other home nations set out in a group that was being paced to the Olympic qualifying time of 2:11:30, Scullion stuck to his plan and went out at 2:08 pace for the 19 lap course around St James Park. Despite being detached and in between the two main groups, Scullion kept a steady pace with each kilometre between 3:02 – 3:08 and brought his plan to fruition. He finished 2nd European within a minute of Norway’s Sondre Nordstad Moen and 49 seconds in front of England’s Jonny Mellor. 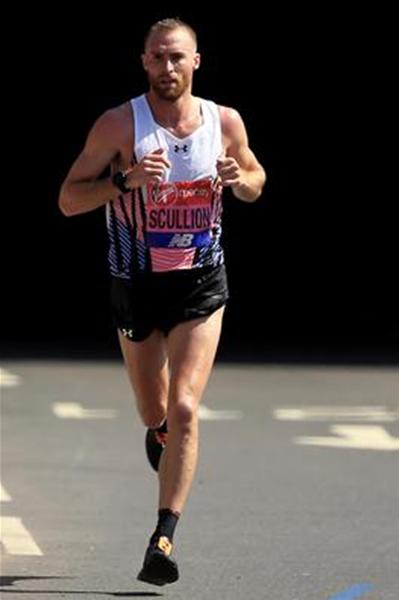 Finishing in 11th place overall, Scullion stated that he was: “Happy with today, it was very tough given the circumstances, freezing cold and very difficult to even pick up drinks after half way, my hands were so cold; but delighted with another solid result.”

Scullion had already qualified for Tokyo when he finished 5th in the Gold Label Houston Marathon but his time, on Sunday, was an impressive 2 minutes 12 seconds faster and so will strengthen his case for the Olympics next year. Kevin Seaward (St Malachys AC) and Paul Pollock (Annadale Striders) have also comfortably qualified for Tokyo with times inside 2 hours 11minutes and 30 seconds (2:10:08 and 2:10:25 respectively).