After a successful racing weekend in Casto, northwest of Brescia, Dromara and Newcastle & District & Salomon athlete, Zak Hanna decamped Monday to Chiavenna in the Val Bregaglia, in the Italian Alps only 14km shy of the Swiss border.

He had built further on his reputation as a Vertical Kilometre specialist with a superb 2nd place in the Vertical Nasego just 35 seconds behind the Italian number one, Henri Aymonod. However, he had taken the scalps of world class mountain runners including 2019 World Cup Series, Scot Andy Douglas and Tim Beçan of Slovenia.

Like a kid in the playground and the sweetshop all at the same time, Hanna couldn’t resist running and jumping around all week exploring the steep sided valley where the mountains soar to nearly 3,700 metres (from only 350 metres altitude in the village of Chiavenna). At the same time, he knew he had to recover, so after the minimum of tapers (much reduced climbing on Friday and Saturday), he declared himself ready to do battle on Sunday morning. 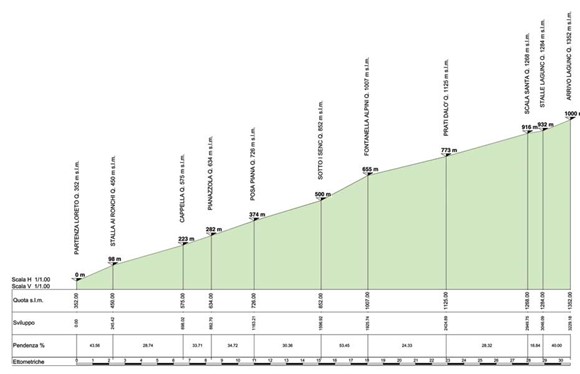 With the track being narrow for most of the way and granite steps throughout the climb, the race was held in ‘time trial’ format with the runners starting every 15 or 30 seconds with the first ones off at 9:15am with Hanna 2nd last away at 11:02am precisely with the time being recorded through chip technology attached to his shoe.

30 seconds behind him and last off was race favourite and top Italian VK specialist, Henri Aymonod, who had beaten Hanna into 2nd the previous weekend in Vertical Nasego by 35 seconds. Whilst Hanna has developed quite a reputation in Europe as a VK specialist, especially during 2020, this particular time trial format does not suit his racing style. Last week, Aymonod commented after the race that Hanna has taken the whip to the field, threw done the gauntlet and led Aymonod in a break on the rest of the field by winding up the pressure as the race got to halfway. This week, there was ‘no real sense of the race’ as it ‘contre la montre’, a race against the clock – so when Hanna caught the Swiss racer, Anthamatten, early in the climb, he knew he had already closed 30 seconds on him, but behind him he had no idea how Aymonod was doing as he had started 30 seconds behind. 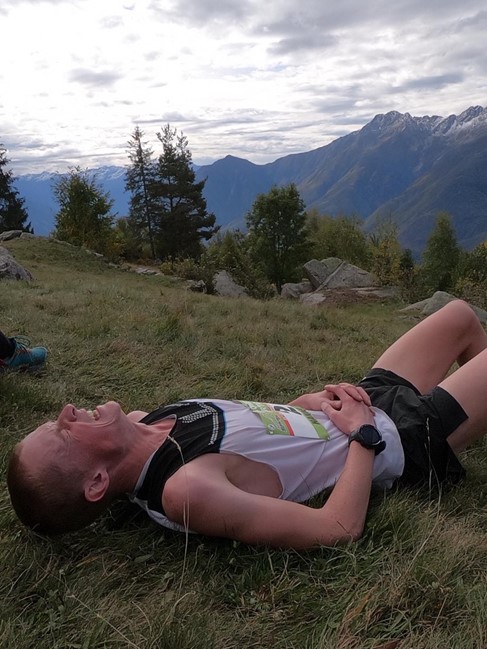 As it turned out, it was with round 400m to go that Aymonod finally caught Hanna, closing the 30-second gap. Hanna pushed hard and took every last strength of effort to hold on. Aymonod pushed hard into the home straight, the climb relentless and crossed the line in 32:31 with Hanna 2 seconds behind him on the course and 32 seconds overall home in 33:03. 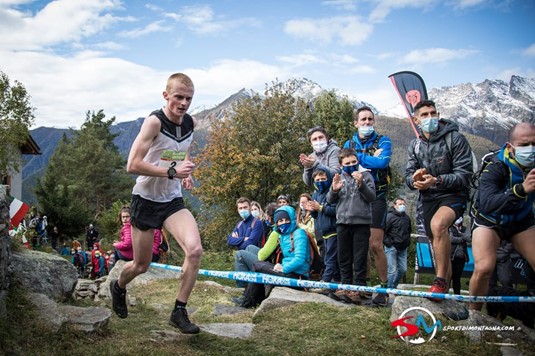 Hanna in concentrated effort not far from home, hiding the underlying agony

Again with this format there was the agonising wait to find out the finishing position. Word came through, he was 6th – a brilliant result in such esteemed company and at the Italian VK Championships. Only 32 seconds behind the pre-race favourite and Italian winner, an Italian second place and a Swiss third place. In 4th was Alberto Vender a regular rival of Hanna’s and frustratingly only 2 seconds ahead of Hanna. And in 5th another Italian only 1 second ahead. This is why Hanna prefers a straight race, as he is a born-racer and he knows deep down that if they’d all been together on the course, he would have been hard to beat for 4th place. 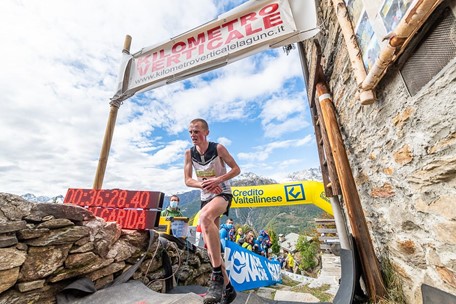 Job done and the pain etched all over his face

A word also for Hanna’s Irish colleague, Lake District-based Sarah McCormack who broke local hearts by eclipsing Italian pre-race favourite Valentina Belotti by only 35/100ths of a second over 39 minutes of racing. In 3rd place a minute back was another talented Italian climber, Elisa Sortini. 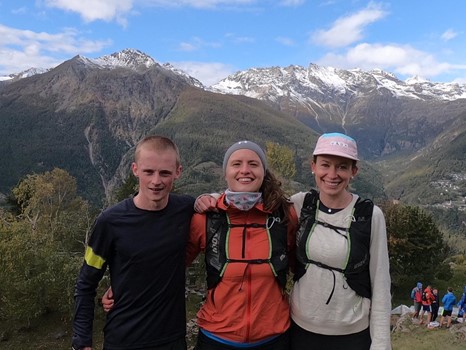