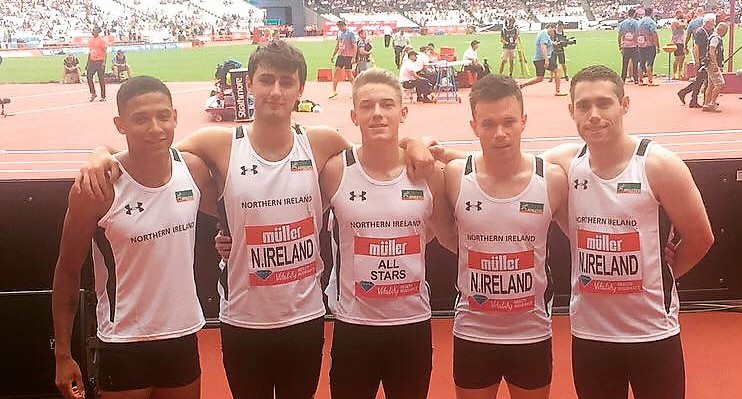 The 4 x 100m team always had the potential to do something special and the speedy quartet lived up to expectation, covering the distance in a new Northern Ireland record of 40.35secs (7th place).  The previous record, set in 1998 by John McAdorey, Ian Craig, Mark Allen and Paul Brizzel, was 40.70secs.

After the race, Jason Smyth took to social media, expressing his delight.  The Paralympic hero, who will now look forward to the Para World Championships, said:  “Great days work with these chaps (with photo of the team) at the Anniversary Games.  A 4x100m NI record! This time next week it all kicks of again at world champs.”

This wasn’t the only record set at the event!  In-form Ciara Mageean (UCD AC) bettered her own Northern Ireland record over the classic mile distance.  The Olympian clocked 4:22.40 for 7th place in a stacked field.  The race was won by Kenyan Hellen Obiri in 4:16.56 (1st place).  Full results for the event are available HERE.