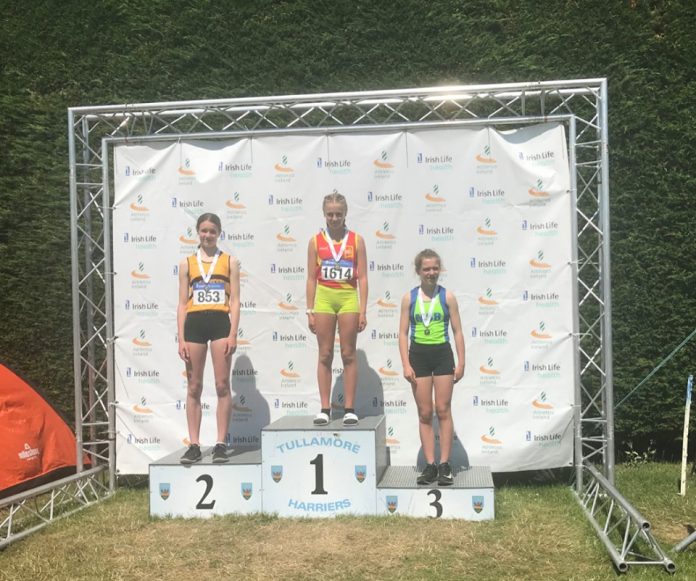 On to Sunday and another long trip for the same four who had travelled the previous week for the 800m finals, this time for the 1500m distance. A word of thanks is appropriate here to all the parents out there who continuously drive their children to all parts of the country to compete in athletics events. They are the unsung heroes and heroines of the sport.

With the sun well and truly shining it was with much delight the races were earlier in the day. Anna Gardiner and Lucy Foster ran in the u14 race, with Lucy coming in 5th position in a PB of 4.56.13. Anna followed close behind in 8th clocking 4.58.10. Inspirational  performances to start the day!

The East Down  juniors were in action yet again this weekend for days two and three of the All Ireland juvenile track and field championships in Tullamore.

Four of the girls qualified in both 1500m and 800m for the All Irelands so for them this was the second week in a row of travel and competition.

On Saturday Kara Trainor kicked off the competition in the U/14 girls 80m sprint. She had a super race yet again clocking 11.51 which equals her PB. Unfortunately this was not fast enough to qualify her for the final but vast experience has been gained yet again at this highly competitive level.

Next up were Lauren Madine and Kirsti Foster in the Under 15 Girls race. Kirsti ran a super race keeping herself in the lead pack until the last lap when she moved steadily through the field and with 50m to go she surged past the leader to break the tape and win the gold medal in 4.48.28 ( another PB). A superb effort.

Lauren Madine in the same race had a rare off day and never really got to grips with the pace but should not be disappointed as she has had a great season, though it has been a long, hard one, which should not be defined by this performance. Perhaps a few weeks break from running/ training would revive her enthusiasm?  Never fear though, She’ll be back.

And so another very successful trip to Co. Offaly for the EDAC juniors marked the end of the competitive track season and all can head off for a well deserved break. 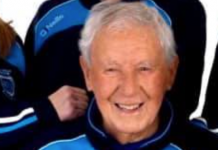 Passing of a Ballydrain Harriers Legend 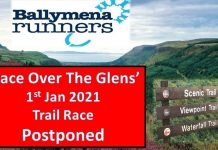