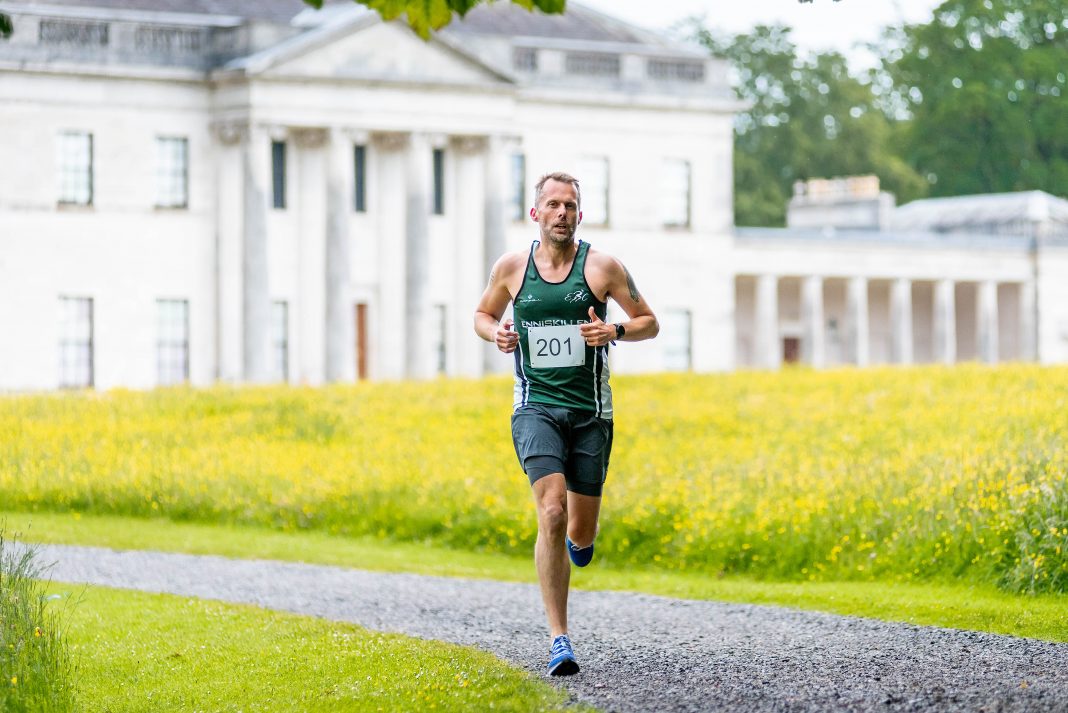 Running Club: Enniskillen Running Club ( I have recently moved back to Fermanagh, having lived in Farnham, Surrey for 20 years. While there I was a member of Farnham Runners and Woking Athletic Club)

When did you start running and what motivated you?

My interest in running started, when my dad took up running in the early ’80s, I was about 12 and not a particularly athletic kid. My dad had been advised to loss weight by the doctor, so took up running. His early attempts where quite comical, he had been told that a quick way to loss weight was to run in a black bin liner, so after making the necessary holes for his head and arms, he headed out for a 3 mile run; only to return a while later looking like a tomato. He quickly ditched the bin liner, but became a run-aholic. Having a dad who was a long distance runner did have its advantages and disadvantages, on the one hand, because he was burning off so many calories, we always had pudding with dinner; although to get to pudding we had to eat a mountain of vegetables, which mum claimed where “Al dente”, to me they where just raw. On the down side, in the winter months the house would be filled with the sweet acrid smell of running gear drying on radiators. As he became a better runner, phrases like ‘seven and a half minute miles’ and ‘sub 3’ could be heard in conversations. Eventually his ‘life’s ambition’ was set, and little did I know it, mine also – a sub 3 in the London Marathon.

Half Marathon is my favourite distance, 10K and under, feels like too much of a sprint, anything over Marathon is just insanity, by the time i have run 26miles all I want to do is sit down. In half marathons, I like to go hard for the first 5K, then settle into a good pace for the next 10K and blast the last 5K.

My favourite event is actually a team event, the South Downs Way 100 Mile Relay. Running clubs from across the South of England compete in a multi-stage 100mile race across the South Down’s. Teams consist of 6 runners, starting at Beachy Head and finishing just outside Winchester. The slowest teams setting off first and then there are staggered starts throughout the early morning with the fastest teams going off about 08:00. Each runner has to run 3 stages, with a stage being between 3 and 10miles and vary in difficulty is assigned a “Suffer Score”. By staggering the starts it means that all the teams finish at roughly the same time. Everyone supports the other teams coming in and although it’s a competitive race, there is great craic between all the teams.

Born To Run – I have a degree in Environmental Biology and the way he tied running into mans evolution, tweaked my interest on many levels.

Currently my goto running shoe is the Saucony Endorphin Speed, they really work for me. I’ve tried lots of shoes over the past few years from all major brands (Nike, Adidas, Brooks) but no shoe really excited me. I also really suffered with blisters on long runs, which had never happened before. Since getting the Endorphin Speed’s I have had no more blisters and really enjoyed the feel of the shoe. I am now toying with the idea of upgrading and getting the Endorphin Pro’s with the carbon plate.

All time favourite shoe is the Brook’s PureFlow, it was the first shoe I tried that had a 4mm heel drop and I immediately saw a drop in my pace from 7:40min/miles to 7:20min/miles.

What is your proudest running achievement to date and why?

My proudest running achievement was running 2:52 in the London Marathon. I had wanted to break 3Hrs since I was 12 and everything went perfectly in the build up and the race itself. At the halfway point, I started running alongside Jenson Button, the noise of the crowds shouting his name was amazing, it motivated everyone around him.

Your best race face pic (when, where and was it worth it)?

This picture was taken at the end of the 2017 Fleet Half Marathon, I always have my eyes closed in all race pictures, I am not sure how I see where I am going. I had nothing left when this picture was taken, I was desperate for the finishing line. It was definitely worth it as I got my half marathon PB.

It’s been so long since I raced, I can barely remember. For marathons, my pre-race meal is Gnocchi, grilled chicken, spinach and cheese sauce and try to avoid the temptation of a glass of wine.

Arriving late to a race is probably my biggest no-no, I hate being rushed at the start. At the 2019 London Marathon, the bus that was taking us to the start line got lost and meant, I ended up getting changed for the race while queuing for the toilet and then going straight to the start line, the whole race went downhill from there.

I would love to say my post race recovery involves stretching, massage and a gentle cool down, but the truth is its Beer & Pizza, it’s what gets me through those last tough miles.

What event are you targeting when restrictions are lifted?

I have a major backlog of Marathons coming up at the end of the year as a result of all the Covid cancellations. The current list is

I can’t race Berlin, London and Dublin as they are too close to each other. So I will target one and enjoy the atmosphere at the other 2. 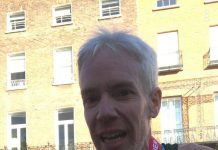 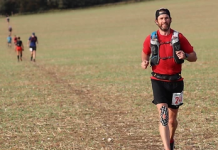 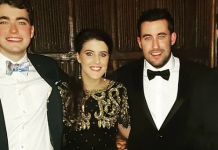