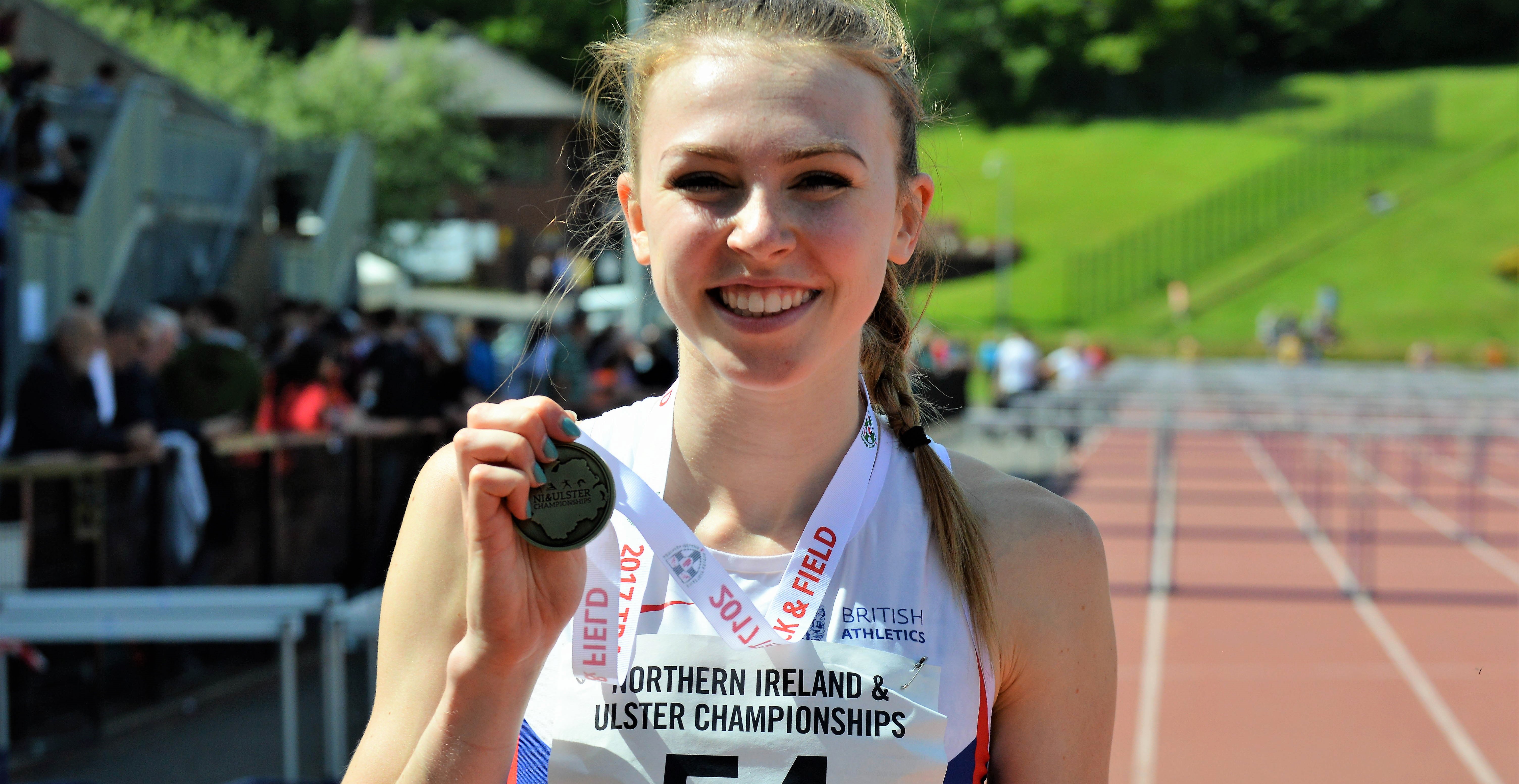 Local athletes impress during a busy weekend of track and field action:

Great Britain & NI junior international Mollie was in competition over the 100m hurdles at the England Athletics Under 23 & Under 20 Championships (Saturday 17th and Sunday 18th June 2017) at the Bedford International Stadium and went under the CWG nomination standard (of 13.45) when she recorded 13.44 (+0.5) in her semi-final. The Cheltenham athlete then ran 13.51 (-0.4) for 3rdplace in the final.

City of Lisburn AC pair Ben Fisher (Annie Rose) and Megan Marrs (Jerzy Maciukiewicz) were also in good form at the event.  Ben picked up a gold medal in the Under 20 Long Jump with a 7.36 (+2.7) effort; this would have been a personal best for Ben had it not of been for the illegal wind reading but had a legal PB of 7.32m to back this up.  Megan sped her way to the 100m hurdles final in 13.56 (+2.3) – unfortunately, like club mate Ben, the illegal wind reading rules out what would have been a personal best. Megan ran 13.85 (-0.4) for 5th place in the final.

Kate broke the Northern Ireland Under 18 and Under 20 Long Jump record with a personal best leap of 6.10m (0.6); this was also a European Athletics Junior Championships standard and close to the NI Senior record of 6.13m (Linzi Herron – 2013).

In the Shot Putt, the Dundalk based athlete then threw the 3kg implement over 14 metres three times, finishing on 14.46m.  This bettered her own record of 14.21m set in March.

Closer to home, there was a plethora of notable performances as hundreds of athletes enjoyed an excellent day of action at the NI & Ulster Age Group Track & Field Championships at the Mary Peters Track in Belfast (Saturday 17th June 2017).

Note:  Article compiled for use by Athletics NI.