After the event, Athletics NI produced this report on the performances of the up and coming stars, and given it’s significance, we felt that it would be appropriate to use this as our ‘Monthly Feature’

First up on day one of the four day championships was Kate O’Connor (St Gerard’s AC / Michael O’Connor).

The Dundalk heptathlete put together a string of personal bests and seasons bests with a 0.6 second PB in 100m hurdles and equal PB of 1.73m in high jump being her highest points scorers.  A PB of 12.62m in the shot, followed by a solid 25.58 200m also ensured she began day 2 well inside the top 8.  The Irish School’s long jump and javelin champion showed her pedigree in both events with a 5.62m jump and a season’s best of 43.26m in the javelin. Kate defied the 35 degree heat to run a strong 800m in 2:22.51  to add almost 500 points to her NI U18 record.  With another year as a youth the 15 year old’s 7th place and score of 5559 points looks very promising for the future.  From a field of 30 the heptathlon was eventually won by Alina Shukh with a World U18 best of 6186.

Aaron Sexton (North Down AC / Roger Sexton) safely progressed through his 200m heat as an automatic qualifier and finished 4th in semi-final 3 of the 200m in 21.89. The 16 year old, who was only slightly outside his personal best also has another year as a Youth and will be a strong contender in next year’s world championships or Commonwealth Youth Games. Fellow North Down man Craig McMeechan (Francis Marsh) was in action finishing 10th in 8:37.46 in the boys 3,000m final.  This final was won in an excellent time of 8:09.06 by Elzan Bibic of Serbia. Craig’s time was within 2 seconds of the personal best set this year and he produced a performance to be proud of given his European U18 ranking of 23rd and the temperatures that soared to 33 degrees at times.

Sommer Lecky (Finn Valley AC / Niall Wilkinson) showed her class on day 4 of competition when she automatically qualified for the high jump final with a first time clearance of 1.78m.  In challenging cross winds Sommer (European Youth Olympic Festival Bronze Medallist, 2015) was not able to reproduce the same form  the following day and finished 8th in the girls’ high jump final with a best of 1.70m.

In what was a an excellent championships for Ireland the standout performance came from Gina Apke-Moses who won a silver medal in the girls 100m after a PB of 11.68s in the earlier rounds.   Molly Scott set two new Irish youth records on the way to collecting a bronze medal in the 100m hurdles – her 13.32 in the semi-final was the second fastest time of the championships.

Note:  The above report was compiled entirely by Athletics NI. 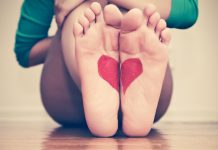 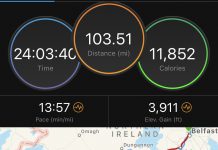 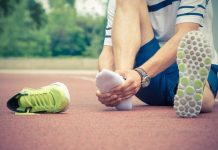