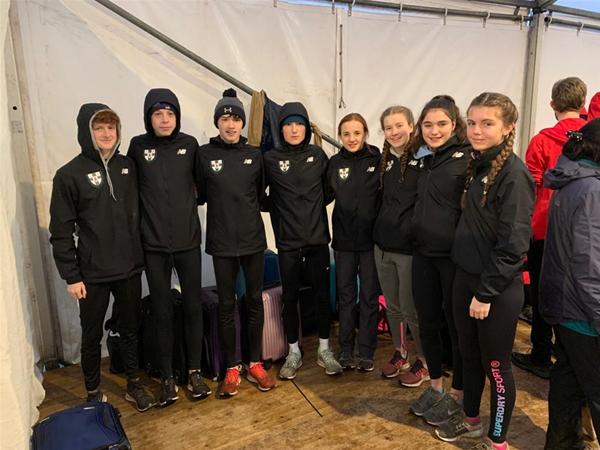 The 32 strong team from Northern Ireland & Ulster had a very successful day at the Stirling International Cross Country on Saturday 11th January, which included the British Cross Challenge, Celtic Games and the Home Countries International, by claiming a total of 4 Bronze team medals and 1 individual Silver medal. 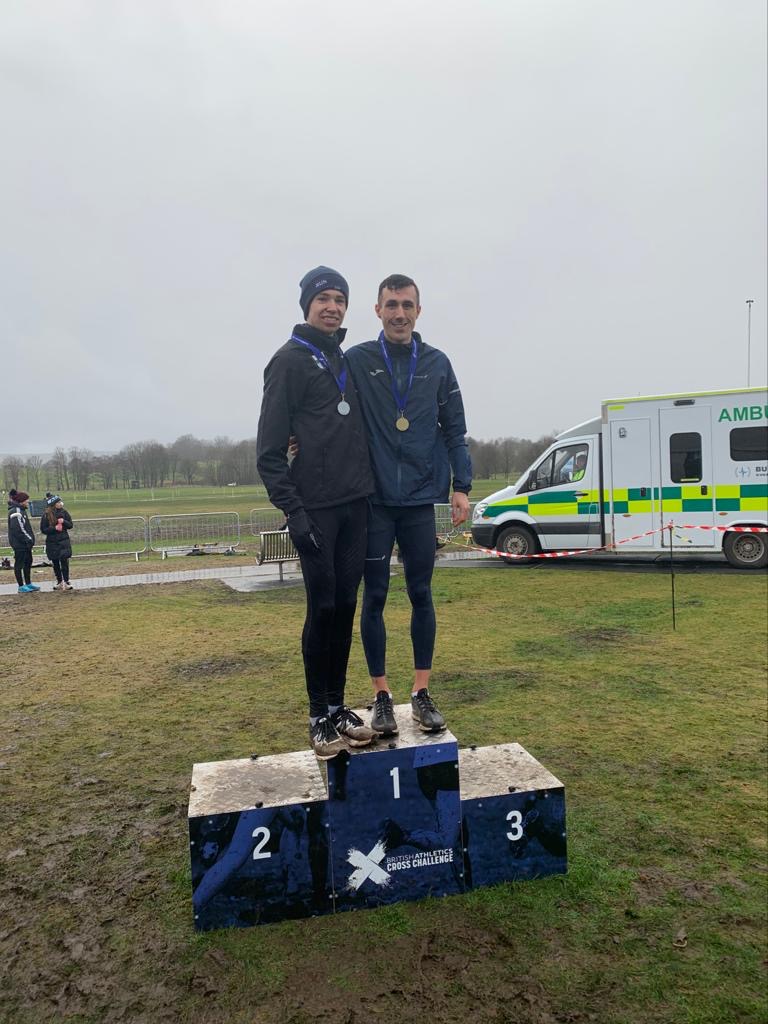 The first man across the line for the Senior Men’s team was Glaslough Harriers’ Conor Duffy in 22nd place in a time of 27:04, followed by Springwell Running Clubs’ Neil Johnston in 24th place in 27:09. Newcastle & District AC’s Zak Hanna finished in 61st place overall in a time of 28:26, meaning the Senior Men’s team finished in 5th place overall in the Home Countries International.

In the Senior Women’s event, Armagh AC’s Fionnuala Ross had an outstanding race, finishing in 5th place overall against numerous UK International athletes, in a time of 29:58. She was followed by North Down AC’s Jessica Craig in 18th place in a time of 31:28 and Katie Moore in 32nd place in 32:18. Unfortunately Armagh AC’s Danielle Fegan was unable to race due to illness. The ladies finished in 4th place overall with a total of 34 points, just behind the North of England team in 3rd place with 33 points.

The U23 Women’s team secured a Bronze medal in the Celtic Games competition, with Inishowen AC’s Sarah Kelly leading the team in a time of 33:21 in 51st place, with Dromore AC’s Rebekah Nixon finishing in 33:49 in 60th place overall. DCH’s Edel Monaghan completed the team by finishing in a time of 34:11 in 67th place. The ladies finished with 33 points in total to claim 3rd place, behind Scotland in 1st place with 9 points and Ireland in 2nd with 12 points. 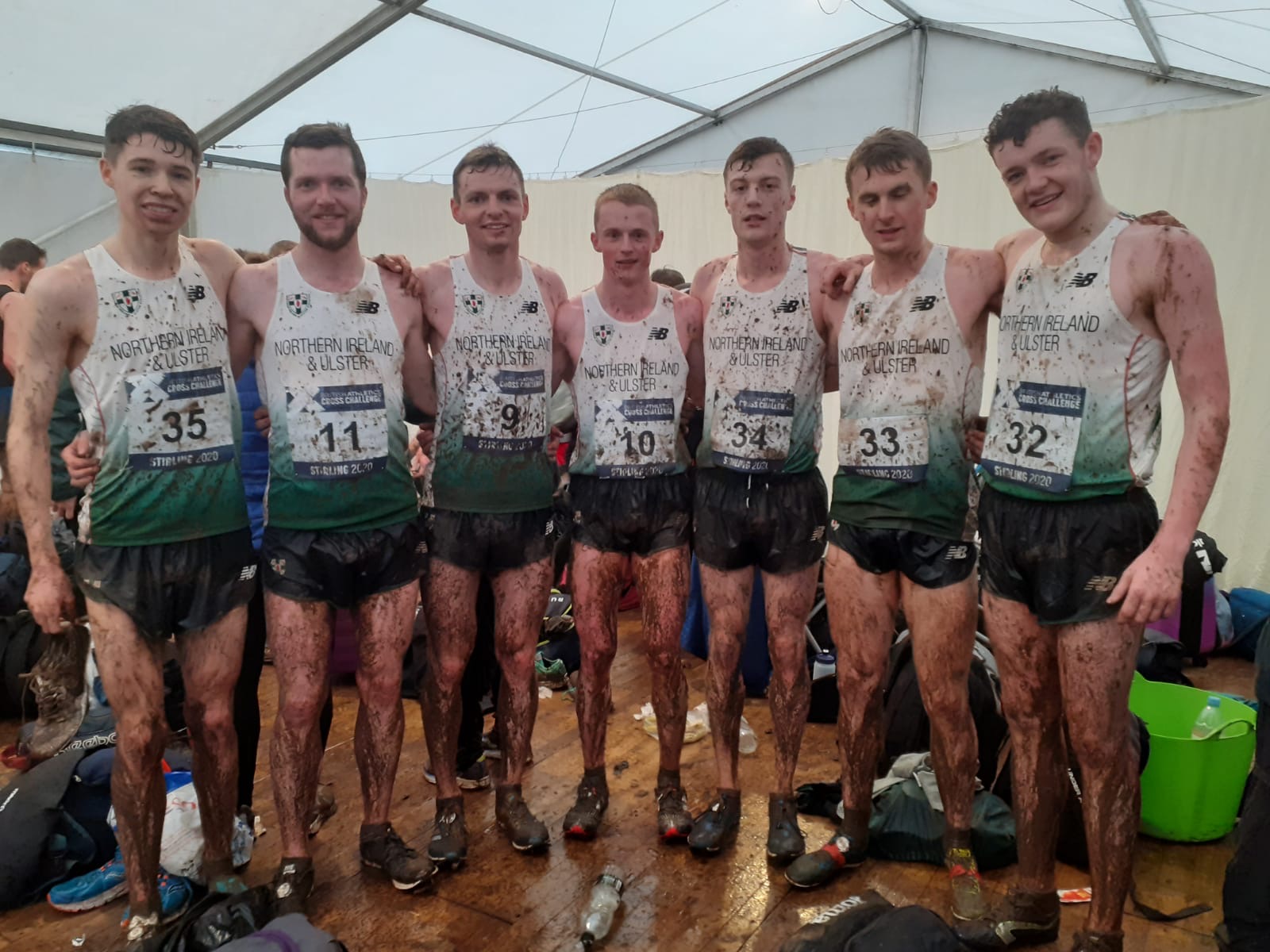 The U20 Men’s team also secured a Bronze medal in the Celtic Games and finished 4th overall in the Home Countries International. Leading the team was St Malachy’s AC’s Conall McClean who finished in 12th place overall in a time of 24:41, closely followed by his club mates, Tony McCambridge in 13th place in a time of 24:42 and Adam Ferris in 18th place in a time of 24:50. Monaghan Phoenix AC’s Conor Maguire finished in a time of 26:47 in 38th place overall. The team secured a total of 19 points to take the Bronze in the Celtic Games, equalling the points scored by Scotland in 2nd place and just behind Ireland who claimed 1st place with 15 points. In the Home Countries competition, the team gained 35 points for 4th place, behind Scotland in 3rd place with 31 points.

The U20 Women’s team finished just short of medal placings, finishing 4th overall in the Celtics with 39 points and 5th in the Home Countries with 48 points. Willowfield Harrier’s Hannah Gilliland finished in a time of 29:43 in 21st place, with Aoife McGreevy (Lagan Valley AC) finished in 23rd place in 30:05, with Springwell Running Club’s Niamh Carr in 24th place in a time of 30:38.

City of Lisburn AC’s Jack McCausland was representing the Irish Development team in the U17 Boys event and finished in 27th place in 21:27, along with Willowfield Harrier’s Jake Stafford who finished in 28th place in 21:35. The Irish Development team finished in 3rd place overall in the Celtic Games with a total of 28 points. Also competing in the U17 Boys event was Willowfield Harrier’s Joel Chambers, who was representing the Irish team. Joel finished in 35th place in a time of 21:43, adding to the overall team score of 32 points securing 4th place for the Irish team in the Celtic Games.

The full results are available on the Scottish Athlete website here: https://www.scottishathletics.org.uk/52052-2/